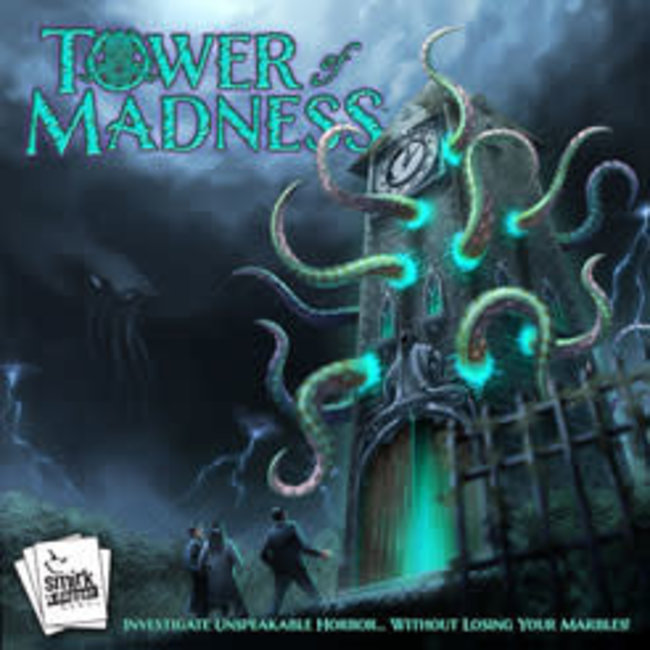 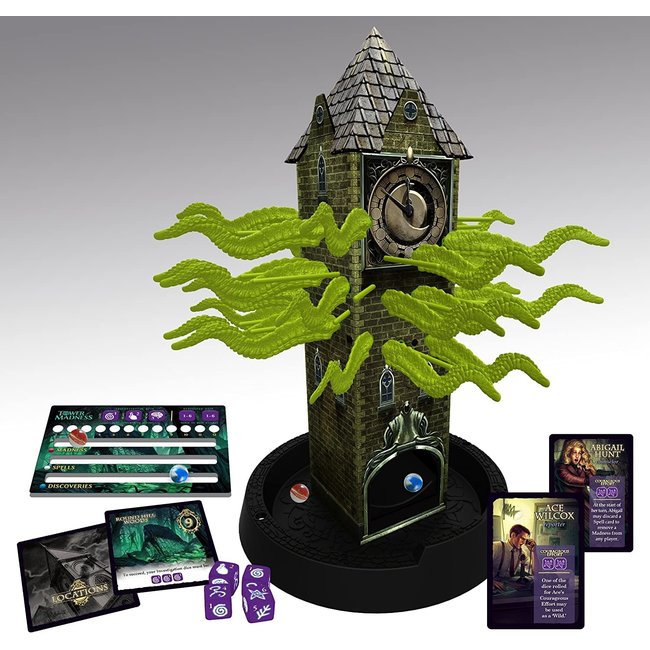 A three-dimensional clock tower, stands over a foot tall, filled with marbles. Thirty otherworldly tentacles push through the tower walls in every direction, in this high-tension, push-your-luck dice game of Lovecraft inspired horror.

Each Location card has its own unique dice challenge. Fail and you may slip into insanity -  or summon Cthulhu and end the world itself. But not all marbles that fall are bad. Some unlock further discoveries, including forbidden knowledge in the form of
Spell cards.

You win, either by saving the world as the best Investigator with the highest discovery total - or by being the Insane player who actually caused Cthulhu to rise!

Tower of Madness is a cool dice game for 3-5 players, featuring unique characters and abilities, a pool of tokens that can be earned conferring Unnatural Influence, Spell cards with both Sane and Insane utility and an assortment of interesting dice rolling challenges at every location. It is a light-hearted casual game, with dramatic tension added by the tower and pulling out tentacles from the tower (much like the use of the Jenga tower in Dread the RPG).