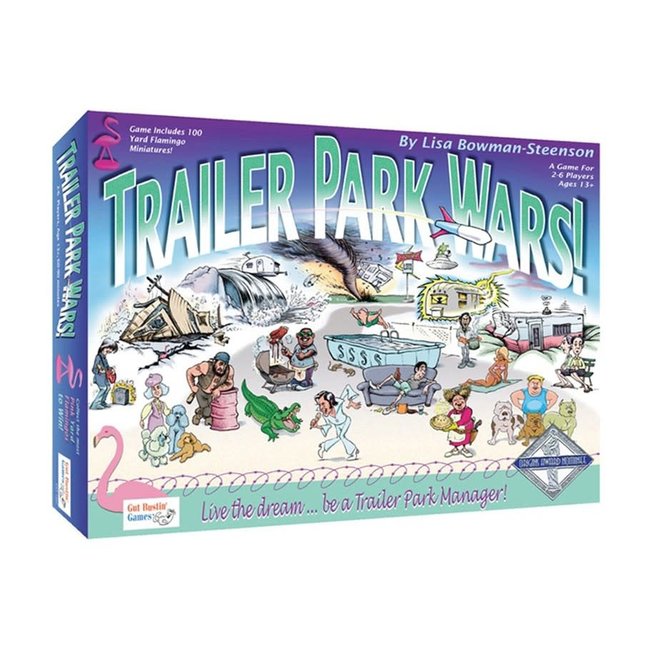 Surface to Trailer Missile? Molotov Beer Can? A Tornado? You Bet. Read more..

You have finally landed the job of your dreams: Trailer Park Manager!
To be the Best Darn Trailer Park Manager in town, you must place quality Tenants in your trailers, create a fun and friendly atmosphere by adding some sweet Amenities, and go about destroying the other trailer parks
…no matter what it takes.

Surface to Trailer Missile? Molotov Beer Can? A Tornado? You Bet.

The object of the game is to gain as many flamingos as you can. Flamingos represent points.

Each player arranges 12 trailers in front of them shaped like a clock. In the middle are randomized cards that represent the name of the player's trailer park. This has no effect on game play.

Players have seven cards to start. On each turn each player plays three cards, discards one and draw back up to seven. Each of the Trailer Park Wars cards are separated into one of 4 types:

Once all the flamingos are gone, the player with the most flamingos wins.

Surface to Trailer Missile? Molotov Beer Can? A Tornado? You Bet.