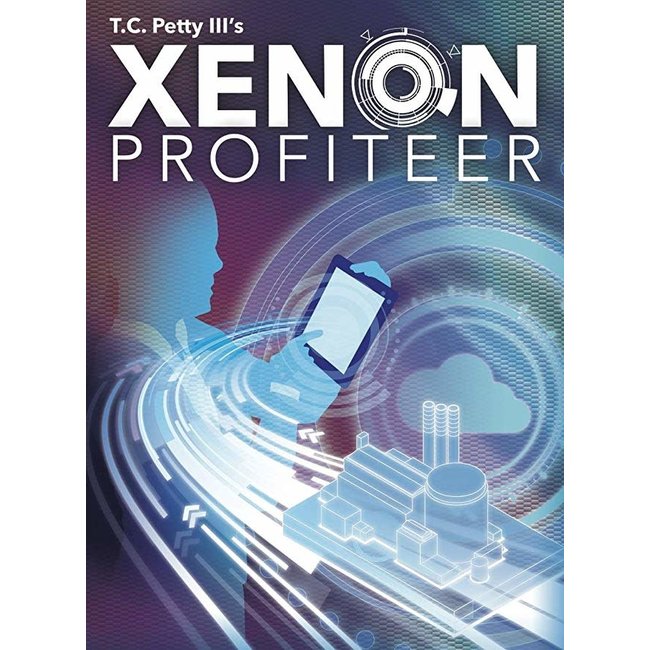 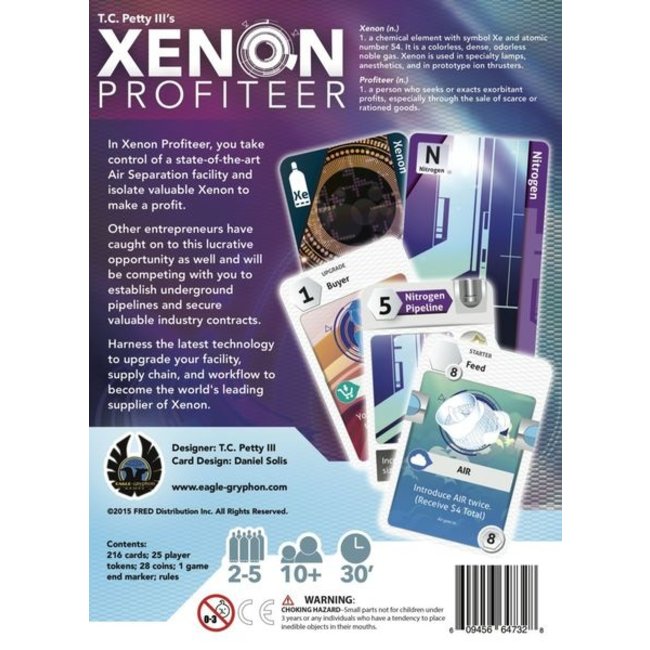 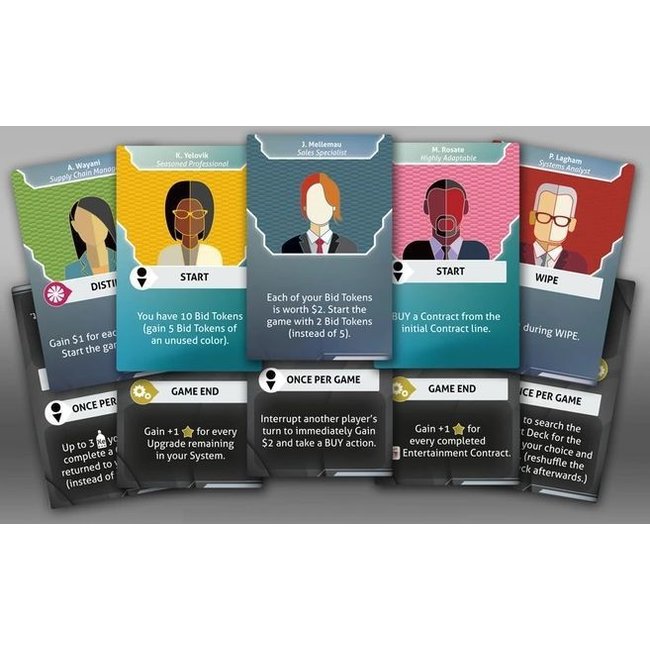 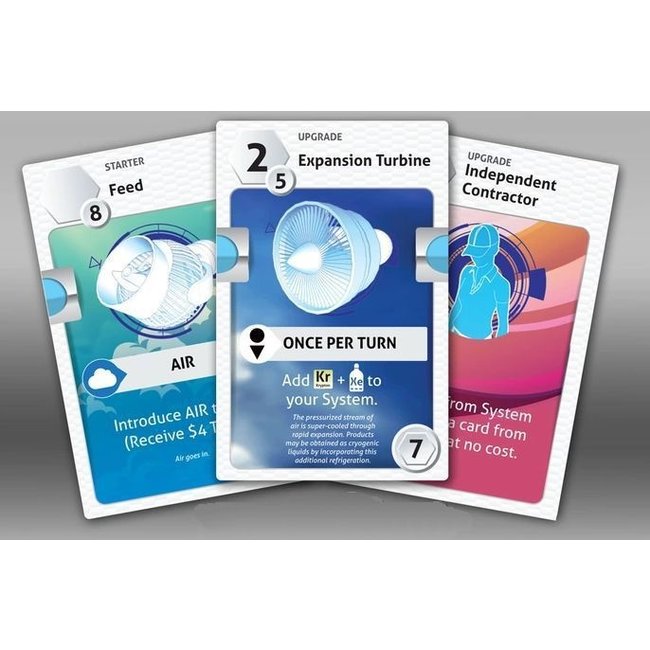 Do you have the ingenuity, strategy, and tactical fortitude it takes to be recognized by several reputable business publications as the owner of the most influential domestic supplier of Xenon? Read more..

XENON Profiteer is a new deck-deconstruction strategy game from designer T.C. Petty III. In XENON Profiteer, you take the role of an entrepreneurial engineer striving to specialize and optimize your Air Separation Facility in order to emerge as a titan of the emerging market for Xenon. Others are racing to achieve similar prestige however, and only the best among you will be victorious.

In a decidedly different take on the classic deck-building format, XENON Profiteer not only actively encourages players to remove cards from their decks, it is absolutely essential in order to isolate Xenon. Each turn begins by strategically removing cards from your hand (and deck) through Distilling based on the real-world hierarchy of elements. The goal: only have Xenon remaining in your hand. The problem is, of course, the only way to gain more Xenon, is to bring in more AIR. And AIR is composed of all kinds of other pesky elements that make isolating Xenon difficult.

To combat this, you will need to Buy powerful upgrade cards for your facility in order to become more efficient. These upgrade cards can either be purchased for a lower cost and placed into your system (deck) or installed directly to your facility to be used every turn for the remainder of the game. Or maybe, if you are low on funds, you might decide to place a Bid Token onto an important Upgrade or Contract, thereby giving yourself a discount on a future turn and causing other players to pay YOU extra if they decide to purchase it instead.

After a player has either completed 5 contracts or installed 5 upgrades, the game end is triggered and the player with the most Xenon points is the winner.

Do you have the ingenuity, strategy, and tactical fortitude it takes to be recognized by several rep..