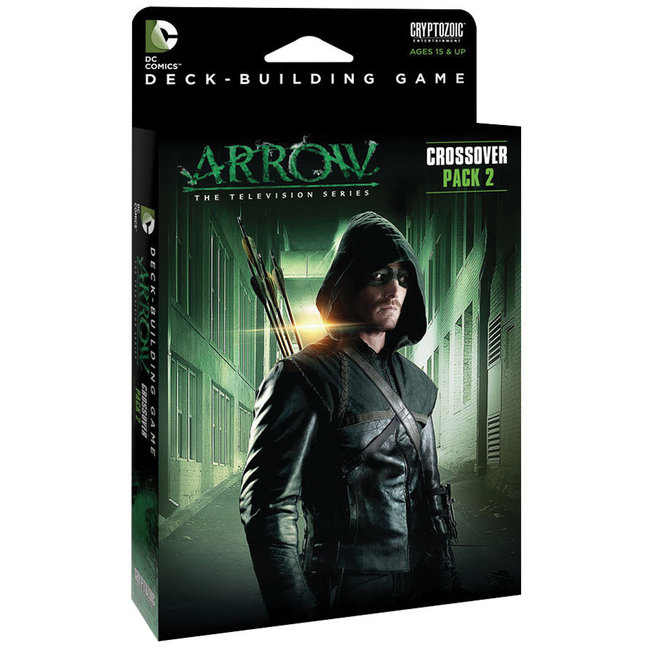 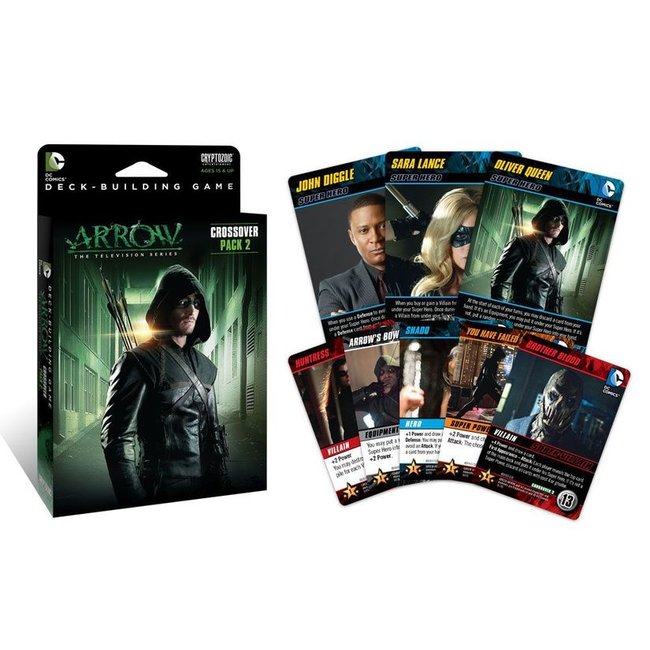 $12.99Excl. tax
Out of stock
Available in store

This pack features all of the favorite characters from the show, including Arrow, Diggle, Felicity and many more. Read more..

The DC Deck-building Game Crossover series truly “crosses over” with the first ever appearance of characters from the hit DC Comics/CW Television Series ARROW! This pack has reached a new dimension, as four-color art gives way to images straight from the TV series. This pack features all of the favorite characters from the show, including Arrow, Diggle, Felicity and many more.

Crossover Packs are the perfect way for players to customize their DC Comics experience to suit their own tastes and to play with their favorite characters! Grab your favorite DC set and instead of using the Super Heroes and Super-Villains from that set, use the ones from this pack instead! To further immerse you in the world of ARROW, you will find plenty of Equipment, Super Power, Hero, Villain, and Location cards from the show in the main deck.

This is not a standalone product. DC Comics Deck-building Game, Heroes Unite, or Forever Evil is required to play.

This pack features all of the favorite characters from the show, including Arrow, Diggle, Felicity a..