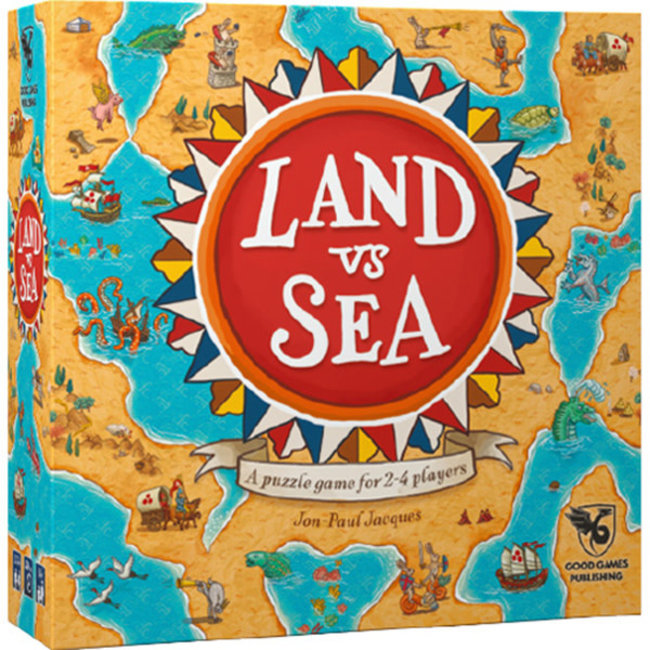 $28.99Excl. tax
Out of stock
Available in store

Part puzzle, part game. Play as either Land or Sea (or the Cartographer in a 3 player game). Read more..

Part puzzle, part game. Play as either Land or Sea (or the Cartographer in a 3 player game). Each player plays with 2 double-sided hex tiles containing a mix of land and sea shapes. They take turns placing a tile each to make a map together. Land places tiles trying to complete land areas, and Sea places tiles trying to complete sea areas. Completed areas score a point per tile; land areas for Land, sea areas for Sea. Some tiles score bonus points for whoever completes the area they are in. So players may decide to strategically complete rival’s areas to gain their bonus points. Other tiles allow players to play their second tile, or steal a player’s tile - but not their last one!

Using 2 double-sided tiles (one side always revealed and the other always hidden until played) means there is partial information to plan around, and some surprises too. Players replenish back up to 2 tiles from a choice of 2 face-up tile stacks.

Part puzzle, part game. Play as either Land or Sea (or the Cartographer in a 3 player game).