Home/Smash Up: Oops You Did It Again 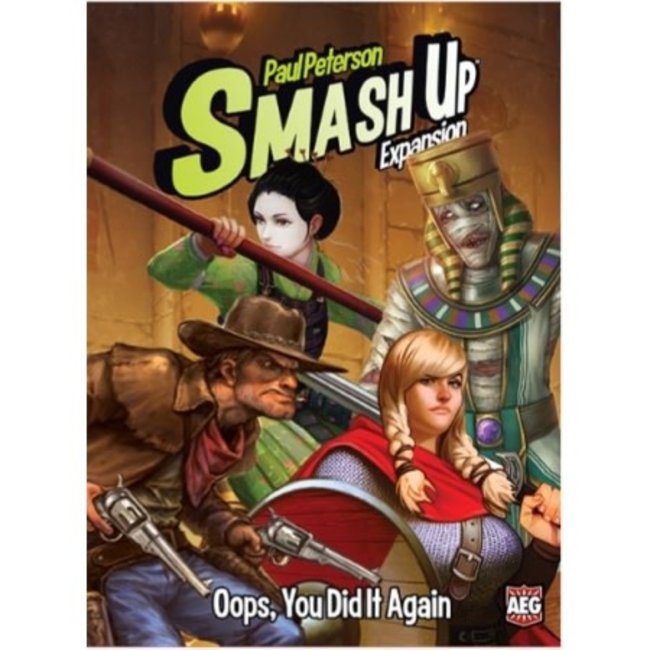 The Vikings pillage and steal from their victims, including other players. The focus on making the most out of other people’s minions and actions, because clearly they aren’t using them well enough.

Cowboys introduce dueling.  In a duel, two minions square off, comparing their individual power. However, each player may play one card face down. If it is an action, it is resolved normally before the duel is finished, otherwise, it returns to the player’s hand.  So if you have a +X power action, you can turn the tide of the duel. The minion with the higher power at the end of the duel receives all the effects of that duel (per the card that started it).

The Ancient Egyptians were famous for burying things, and they bring that to Smash Up!  To bury a card, you play it on a base, face down. They are considered “cards” but not a specific type and can’t be targeted as “minions” or “actions”.  Any player may reveal one of their buried cards at the start of their turn, or when an effect allows it, triggering any effects upon reveal.

The samurai were known for their prowess in battle and also for their willingness to seek the good death. Samurai in Smash Up not only fight for the win, they benefit their controller if they meet their end early. And Samurai also have the ability to create duels similar to the Cowboys, but with different results and effects.

Review Alderac Entertainment Group (AEG) Smash Up: Oops You Did It Again