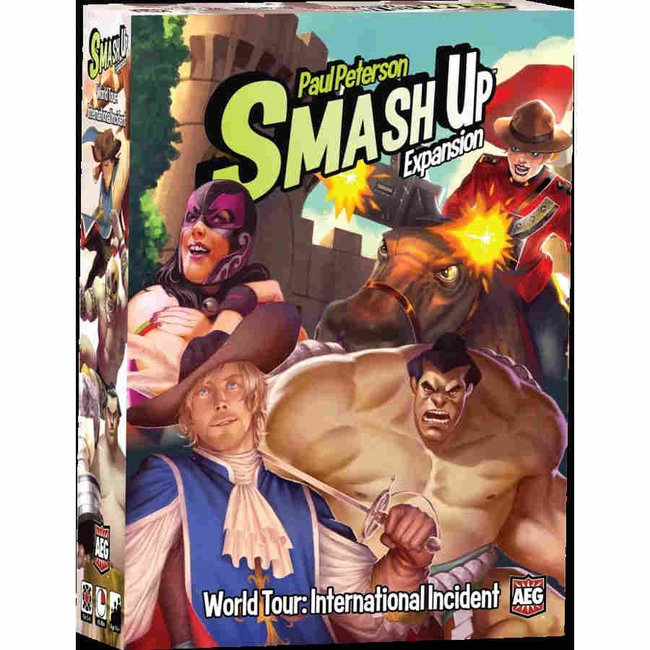 Luchadores - They’re going to the top rope! The Luchadors bring the high-flying

stunts of Mexican wrestling to the Smash Up squared-circle!

Mounties - Turn of the century Canada *cue silent film piano*… the Great White North is protected by the noble Mounties and their… battle moose! The Mounties always get their man, no matter how devious, all while upholding the noble demeanor of Canada.

Musketeers - One for all, and all for one! Or three! Or really four, because there were

four of them, but we’ll ignore that, just like the title of the book! The Musketeers were the superheroes of Renaissance France, taking on corrupt elements with style and panache.

Sumo Wrestlers - The powerful sumo wrestlers of Japan can really throw their weight around the bases! These massive warriors can knock back any enemies that come against them, but don’t let their initial girth fool you. They will sacrifice cards for power, and use that power to knock all opponents out of the ring … and base!