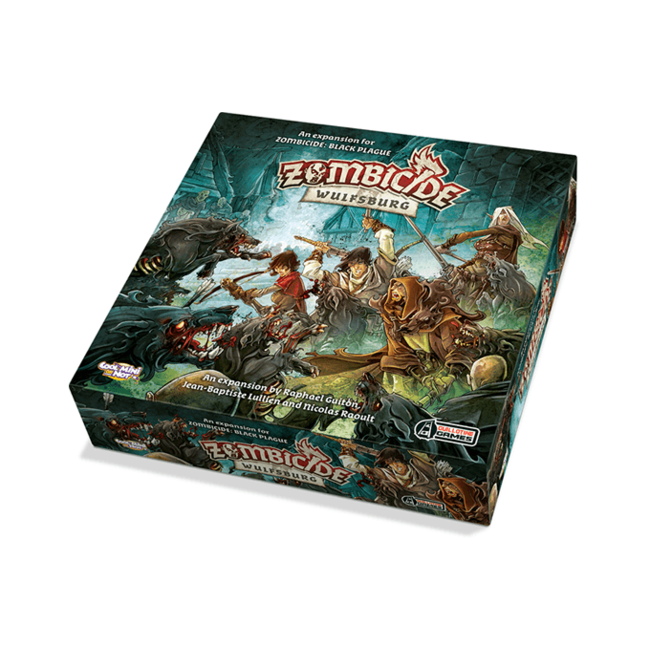 Welcome to a little village... with a big wolf problem! Read more..

WELCOME TO A LITTLE VILLAGE, WITH A BIG WOLF PROBLEM
The town of Wulfsburg is a quiet little place with a bit of a wolf problem. In the Wulfsburg expansion to Zombicide: Black Plague, players will face a speedy new foe who threatens to tear apart anyone foolish enough to separate from the group.

Four new Survivors take on the infected Wolfz, which move even faster than Runners. Working as a team, they have a chance to live. . . assuming the Pack Leader doesn’t make an appearance.
*This is an expansion. The Zombicide: Black Plague core game is required to play.

Welcome to a little village... with a big wolf problem!