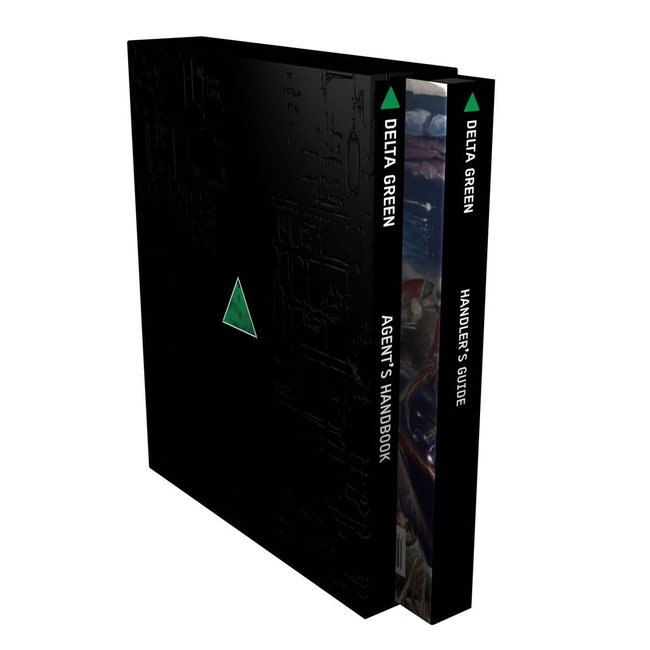 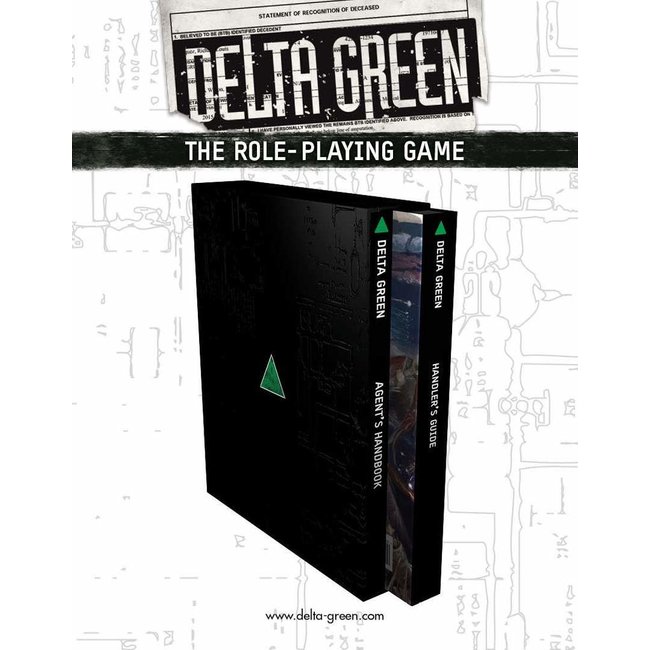 Born of the U.S. government’s 1928 raid on the degenerate coastal town of Innsmouth, Massachusetts, the covert agency known as Delta Green opposes the forces of darkness with honor but without glory. Delta Green agents fight to save humanity from unnatural horrors—often at a shattering personal cost.

In Delta Green: The Role-Playing Game, the players are those agents. They fight to save human lives and sanity from threats beyond space and time. Delta Green’s percentile-based rules are compatible with 20 years’ worth of Delta Green scenarios and sourcebooks.

The ENnie Award-winning AGENT'S HANDBOOK features rules for creating agents and playing the game.  It includes:

The ENnie Award-winning HANDLER'S GUIDE is written for the game moderator who presents the mysteries and horrors of the Cthulhu Mythos. It includes:

Delta Green: The Role-Playing Game is supported by 20 years of scenarios and sourcebooks, with more to come.

A universe of cosmic terror lurks, just out of sight. Can your agents stand against it?