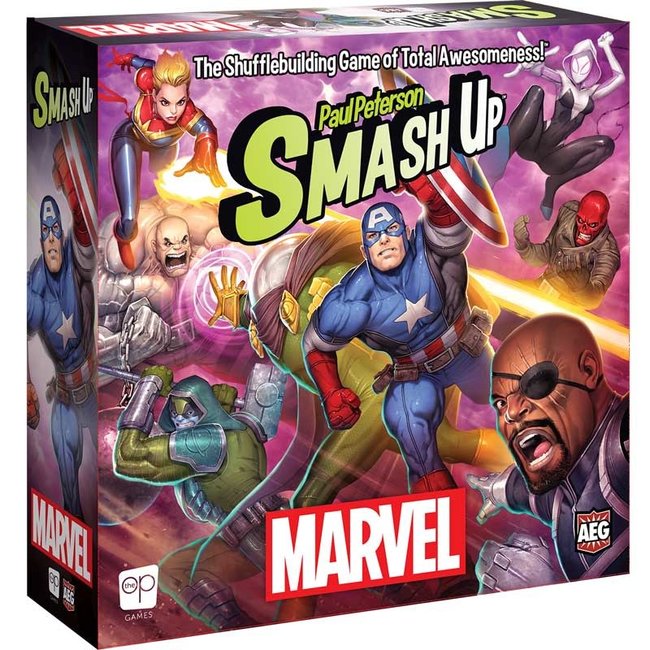 The "shufflebuilding" game Smash Up begins with a simple premise: take the 20-card decks of two factions, shuffle them into a deck of forty cards, then compete to crush more bases than your opponents! Each faction involves a different gaming mechanism, and each combination of factions brings a different gaming experience.

In Smash Up: Marvel, players smash up two groups of Marvel characters, such as the vigilant members of The Ultimates or the criminal masterminds HYDRA, to take over bases and score the most victory points. Mix and match the different decks of heroes and villains to see which combinations can best defeat the others! This game allows for fans to create stories that have never existed in the Marvel universe. What combo will you choose?

Avengers, Hydra, Kree, and more join the Smash Up fray!