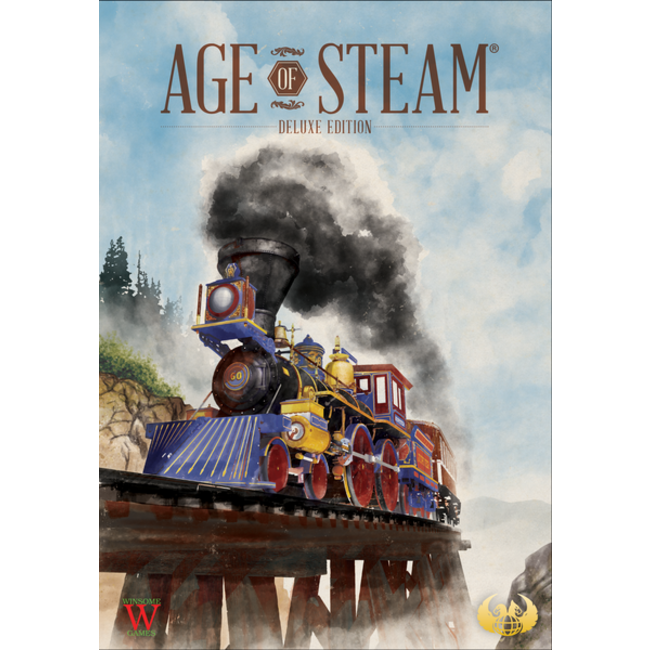 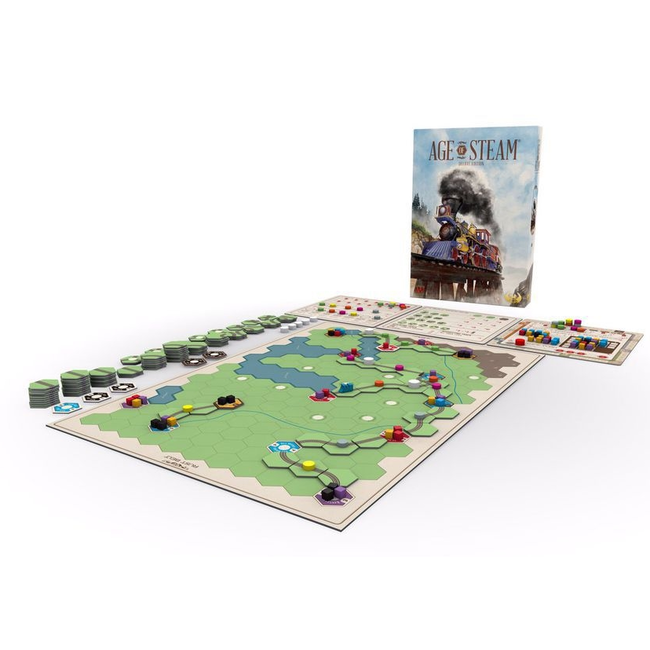 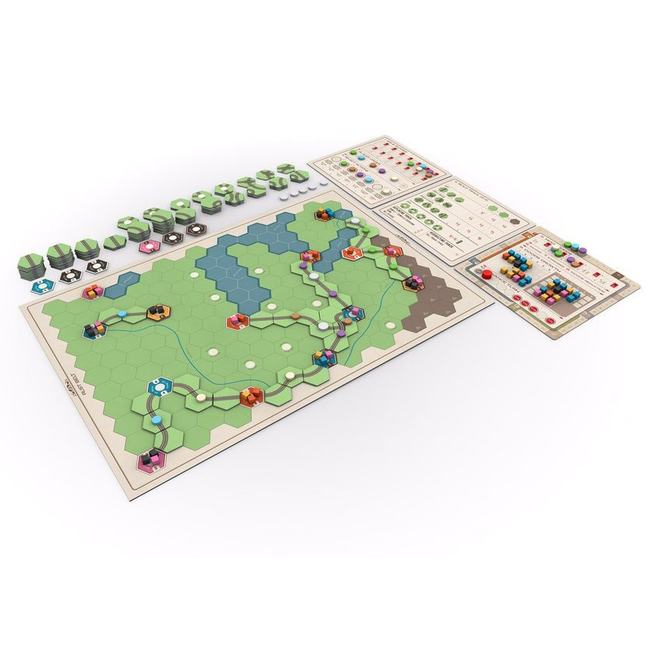 Steam-belching iron horses roar across the wild plains! Age of Steam relives the era when pioneering U.S. railroads built the tracks that transformed America's economy. Each self-contained phase in the game keeps players constantly involved in making vital decisions and interacting with other players. You are challenged to:

- Determine which routes will give the best returns on their costs

- Beat the opposition to the most lucrative shipments

A huge, heavy-duty box is supplied to carry the weight of potentially 10 maps, 3 new supply boards, 90 poker chips, 144 tiles, and the other new components (see below). This box is a bit bigger and heavier than those we use for the Vital Lacerda games of Lisboa, Gallerist and Vinhos!