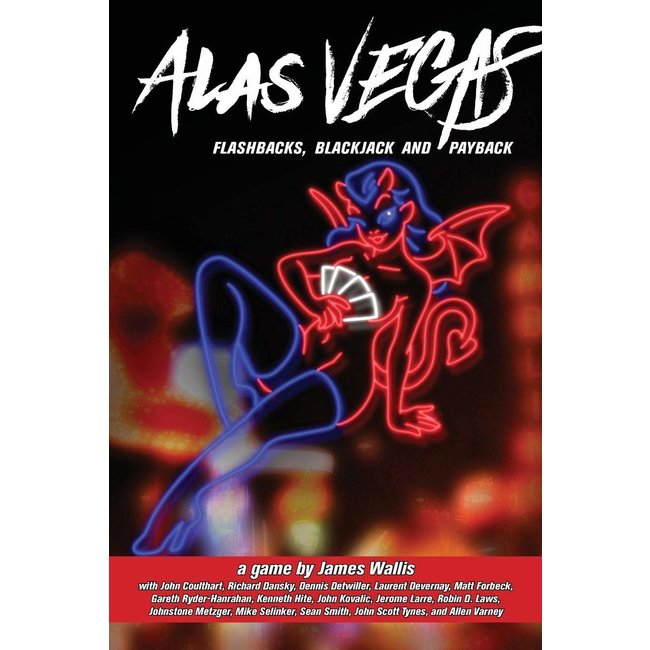 ALAS VEGAS is a dark journey through a bizarre and terrifying casino city where sinister forces war for control and lives are worth no more than a handful of gambling chips. Caught in a struggle between rival factions, the players must find allies, the truth, and a way to escape. Memories are recovered, secrets are revealed, old debts are settled, and nothing is what it seems.

Your character sheet starts as blank as your memories, but your character gains skills by having flashbacks to their earlier life, so as the game progesses their backstory does too - creating a twisted web of links between the characters as they piece their past together and work out what's happened to them.

The conflict mechanics are based on the casino game Blackjack played with Tarot cards, creating high-stakes narrative showdowns, and spinning elements of the game's story from the cards that come up in play.

Plus all the Fugue mechanics, of course.