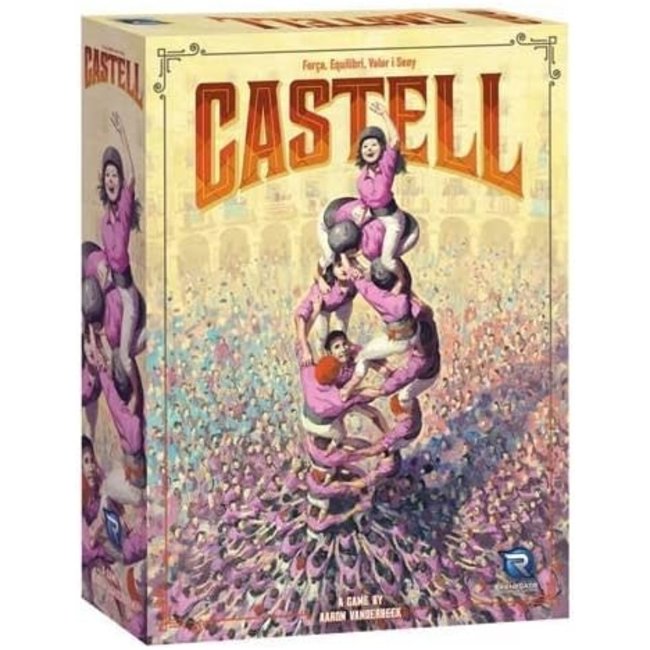 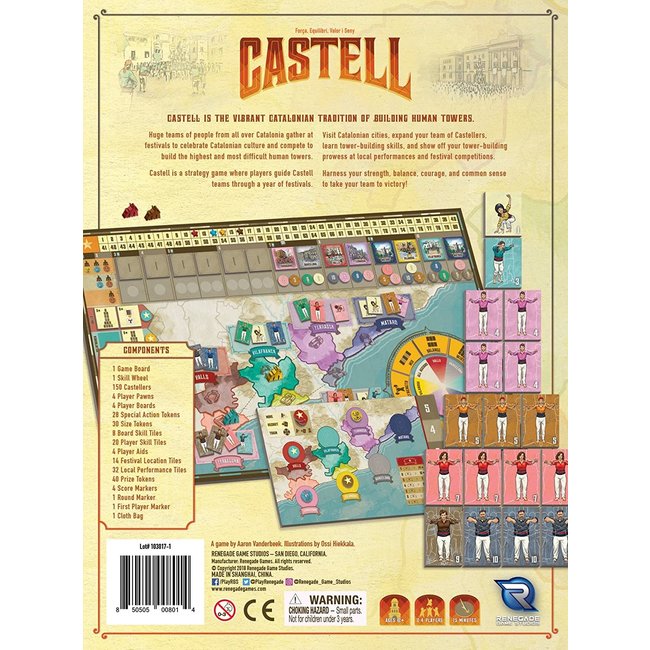 Train your team to build the most impressive human towers in all of Catalonia! Read more..

Castell is a rich folk tradition in Catalonia, for which people gather at festivals to build human towers up to 8-10 people high! In the game, you run a castell team and are traveling around the various regions of Catalonia, recruiting castellers to your team, training new skills to build more impressive towers, and performing at festivals in the Catalan villages and towns. Do you have what it takes to be the best colla, or castell team, in the land?

A game of Castell takes place over the course of 10 rounds. Your goal is to recruit castellers from the regions of Catalonia, then build towers with those castellers to compete in the festivals. You’ll need to train your castellers in various skills so that you can build taller, wider, and more creative towers. The more diverse your performances and the better you tailor your towers to each audience, the higher your final score will be.

Harness your strength, balance, courage, and common sense to take your team to victory!

Train your team to build the most impressive human towers in all of Catalonia!