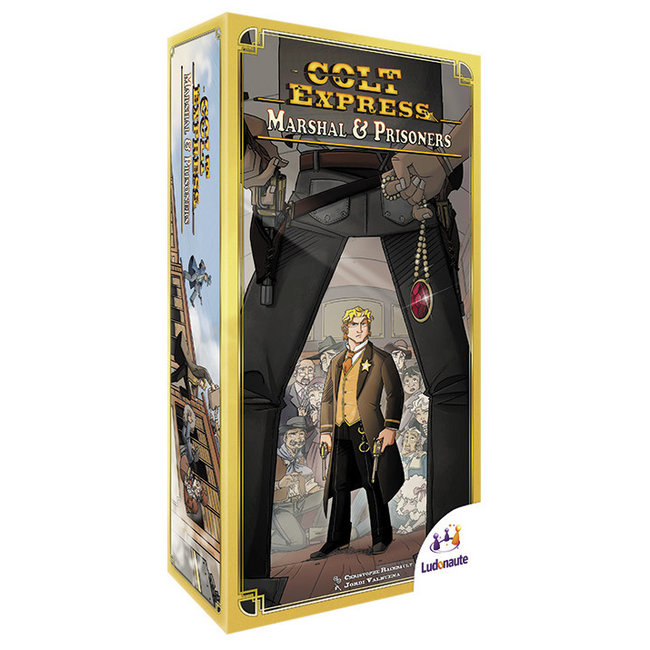 The Union Pacific Express is still loaded with sacks of money and priceless jewels, but your banditry is about to be more dangerous than ever before! Marshal Samuel Ford is fully armed and ready to shoot down any villains who dare attack his train, and a few of your trusty sidekicks have been taken prisoner in the train’s prison car. Freeing them may bring you significant rewards—but is it worth trying to slip past the marshal’s watchful gaze?

The Marshal and Prisoners expansion gives one of the players the chance to take on the role of the marshal himself, unlocking an entirely new way to play the game.

This product is an expansion: Colt Express base game required to play.