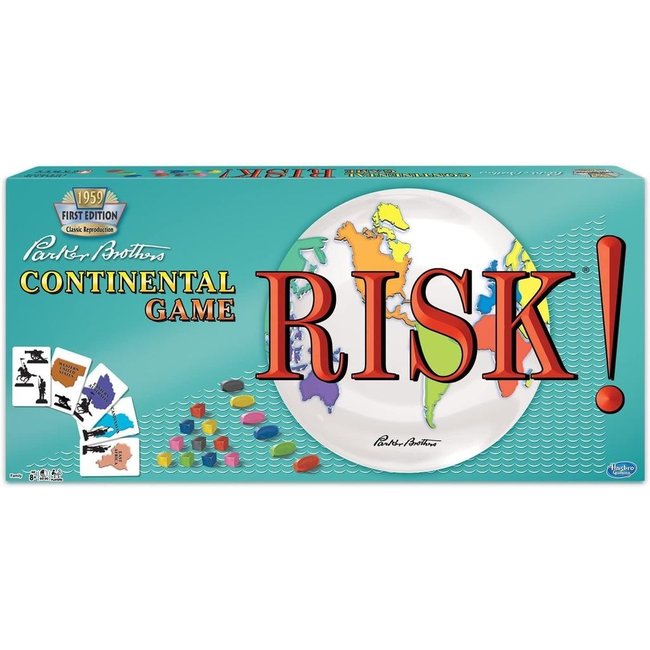 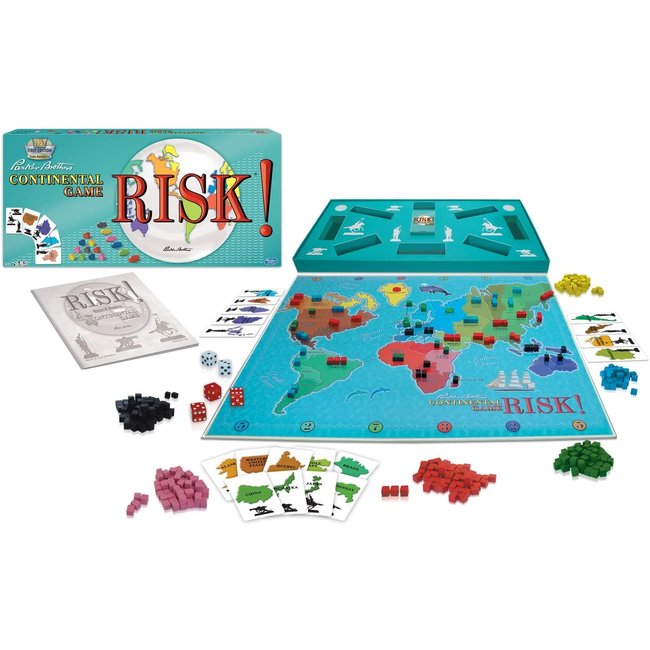 Possibly the most popular, mass market war game. The goal is conquest of the world! Read more..

During the 1950s, Parker Brothers of Salem, Massachusetts, formed an alliance with the French game maker Miro of Paris France. Each firm began to license its best games to each other.

In the summer of 1957, Mr. Boisseau of Miro approached Parker Brothers with La Conquete du Monde, a game invented by the French writer and movie producer Albert Lamaorisse, best known for the award-winning film “The Red Balloon”. After more than a year of testing and improvement, the French game’s rules were ready for American tastes, and, in 1959, Parker Brothers launched the RISK® Continental Game. Game players were thrilled and RISK has flourished ever since.

Winning Moves is very proud to bring you this classic reproduction of the original, 1959 edition of the game RISK. Enjoy!

Possibly the most popular, mass market war game. The goal is conquest of the world!