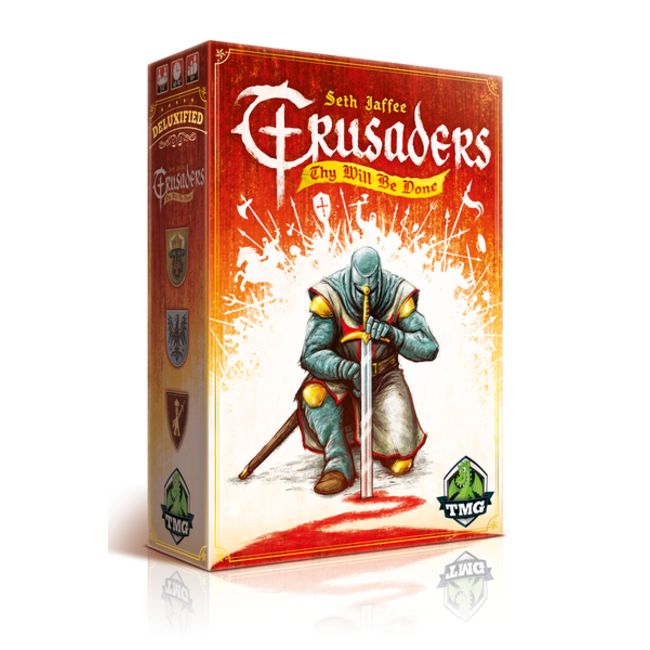 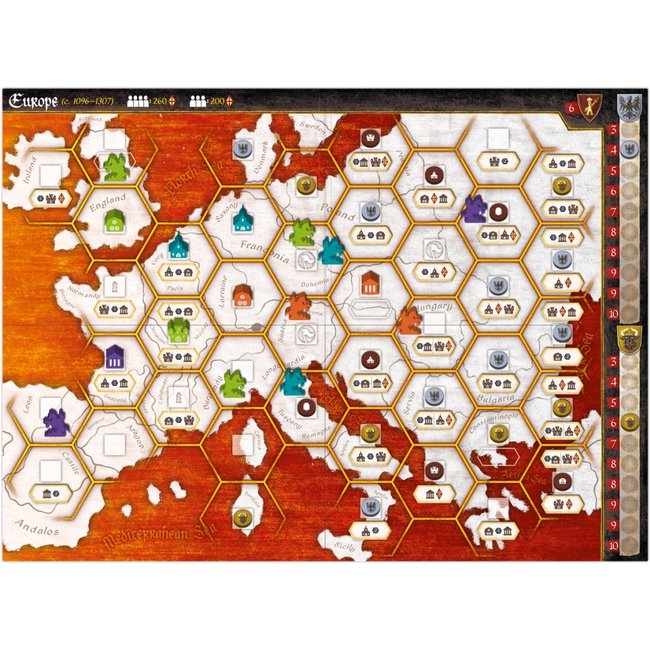 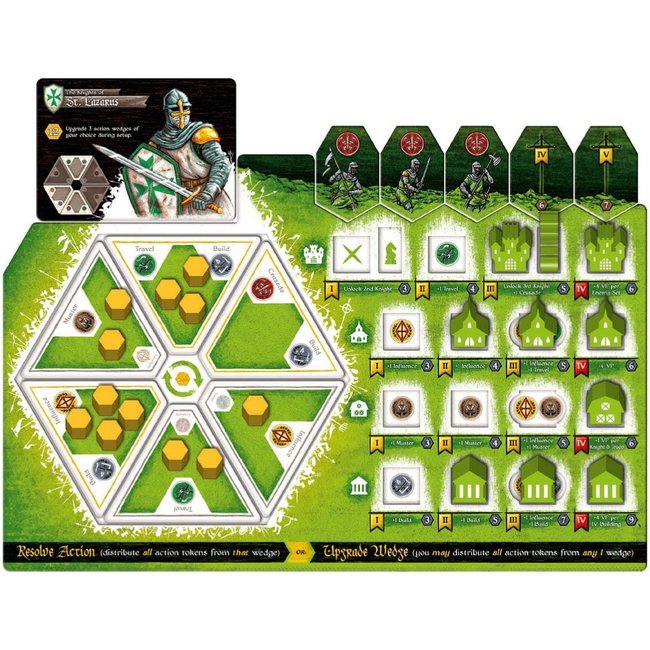 Convert the locals, build churches & banks and spread the influence of your order! Read more..

In the year 1119 AD, the Crusading Orders were formed to protect the thousands of pilgrims who were traveling to Jerusalem. The knights were closely tied to the Crusades, and they were considered to be some of the most highly skilled fighting units of that time. The orders grew in wealth and power for almost 200 years until King Phillip IV of France had them persecuted and arrested for reasons that are discussed by historians to this day.

Crusaders: Thy Will Be Done, a new game from designer Seth Jaffee (Eminent Domain, Terra Prime), will put players in the role as the leader of a Crusading Order. Using an innovative Mancala/Rondel mechanism, they will move their knights through Europe and the Middle East. They will battle with enemies, construct buildings, and train troops - all the while trying to be the order that has gained the most influence before the game comes to a close.

Convert the locals, build churches & banks and spread the influence of your order!