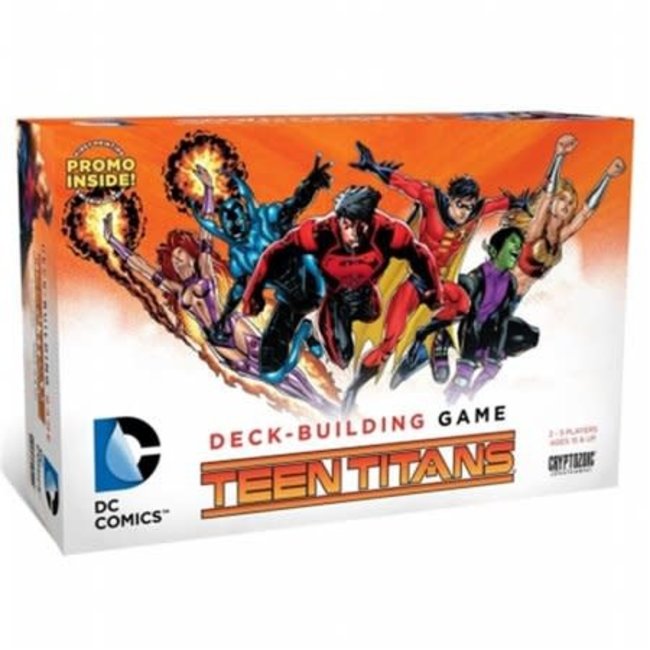 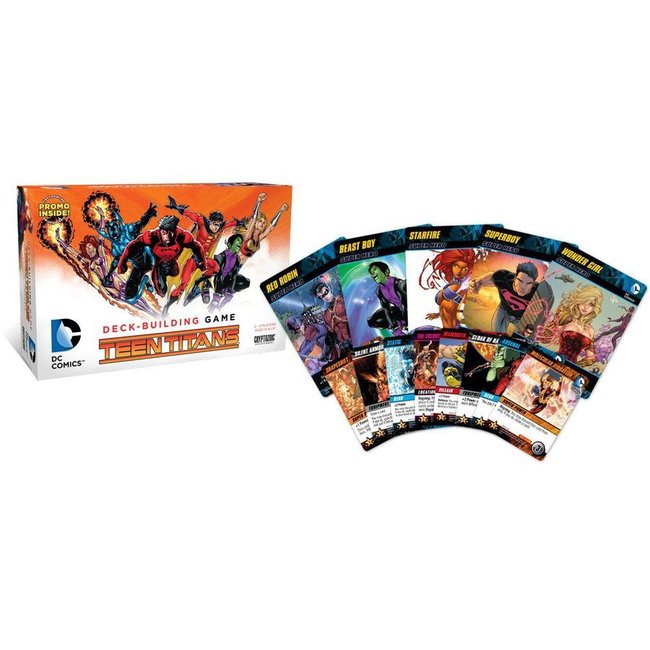 The Teen Titans are all about proving themselves, and with this set you can save your best cards for when you really need them. Read more..

Teen Titans Go! You’ve played with the old guard. Now play as the youthful up-and-comers. Play as Raven, Beast Boy, Wonder Girl, Red Robin and more. The Teen Titans are all about proving themselves, and with this set you can save your best cards for when you really need them. When you’re ready, unleash everything you’ve got and the results will be spectacular.

The big new focus of the set revolves around Ongoing abilities: Cards that stay in play until you need them. Every time you put an Ongoing card into play, it essentially gives you an extra card to utilize on a future turn. Previously, only Locations and a couple of other cards could ever stay in play. Now every card type at every power level has multiple different cards with Ongoing. Sometimes they help you every turn. But mostly they stay in play until you choose to discard them for their mighty effects. If you can build up several Ongoing cards, unleash as many as you need to take down the Super-Villains!

This set also pays attention to the different card types you have in play. Playing cards from your hand puts cards into play as usual. But with Ongoing cards out there, you often have several card types in play already. Such synergy! 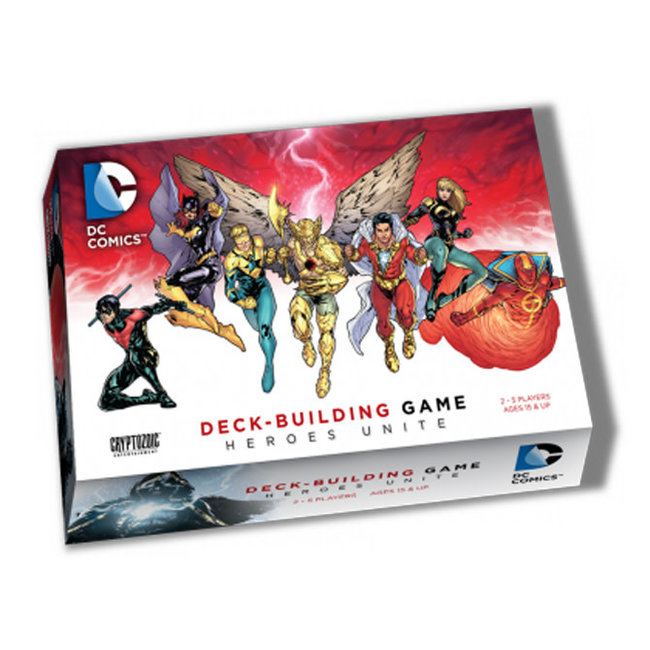 Craft your hero deck into a well-oiled machine to take on the most vile villains..
$32.99 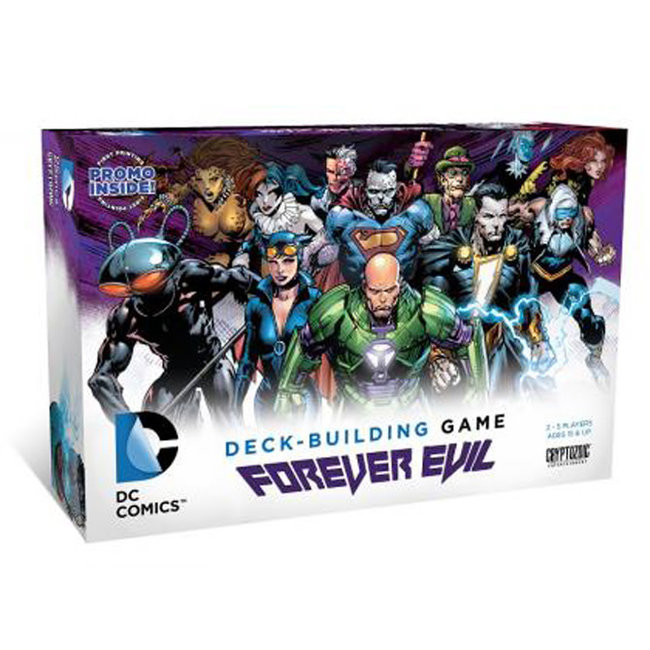 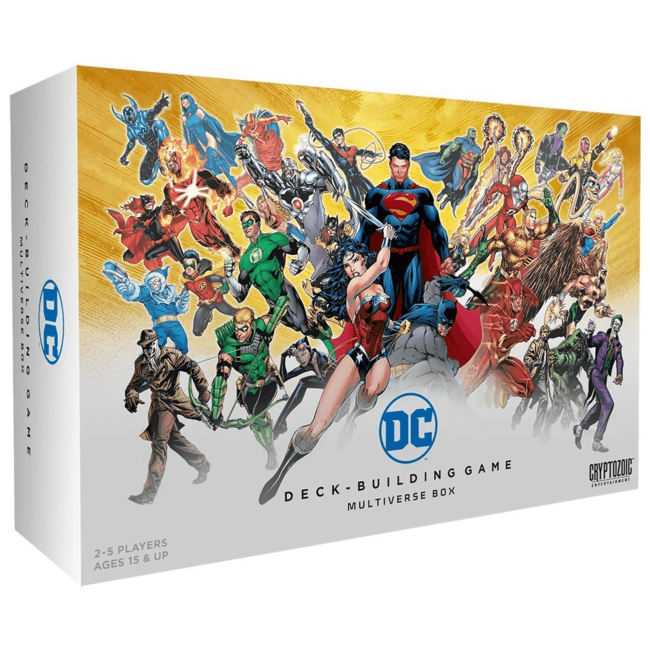 The Teen Titans are all about proving themselves, and with this set you can save your best cards for..