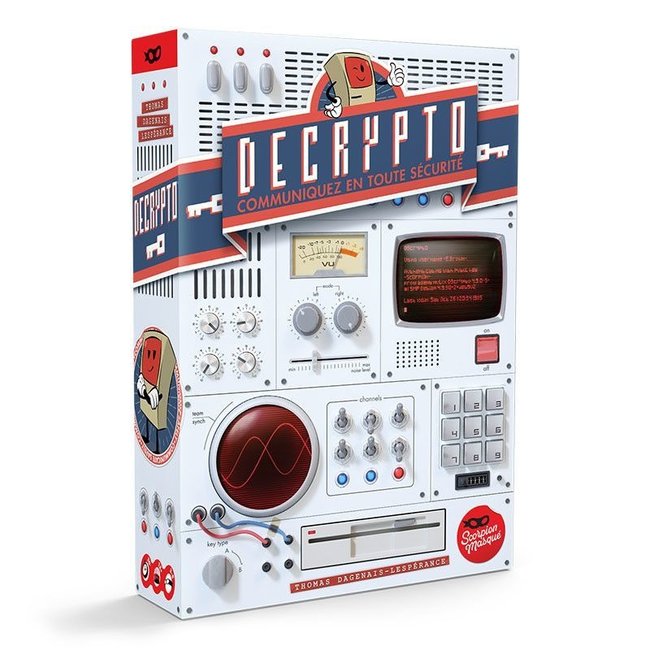 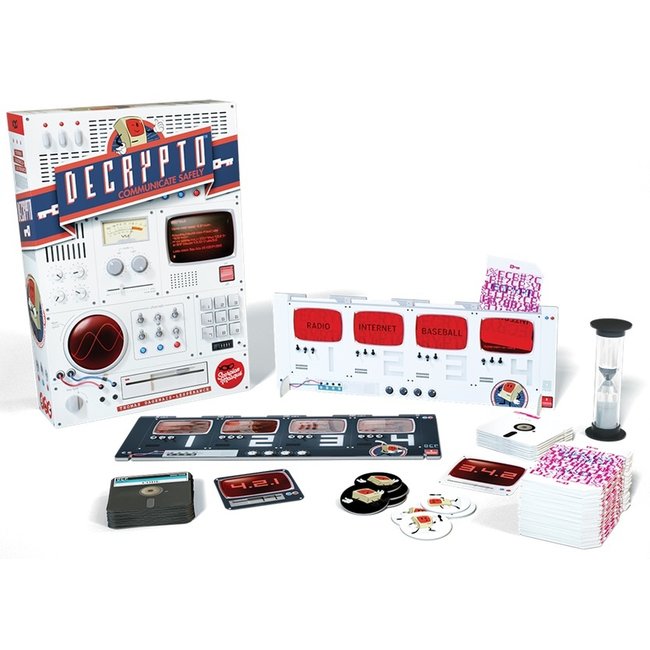 Decipher your opponents' code before they decipher yours. Don't get caught! Read more..

Players compete in two teams in Decrypto, with each trying to correctly interpret the coded messages presented to them by their teammates while cracking the codes they intercept from the opposing team.

Decrypto is a "scramble communication" game: you must give clues to your teammates that are precise enough, so they can understand you, but vague enough, to make sure your opponents don't get the message...

The rounds continue until a team collects either its second white mark (winning the game) or its second black mark (losing the game). Games typically last between 4-7 rounds. If neither team has won after eight rounds, then each team must attempt to guess the other team's words; whichever team guesses more words correctly wins.

Decipher your opponents' code before they decipher yours. Don't get caught!