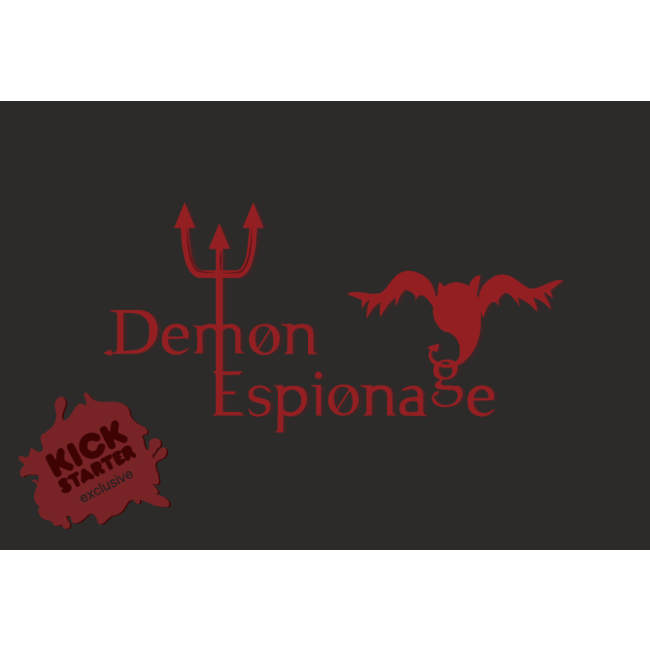 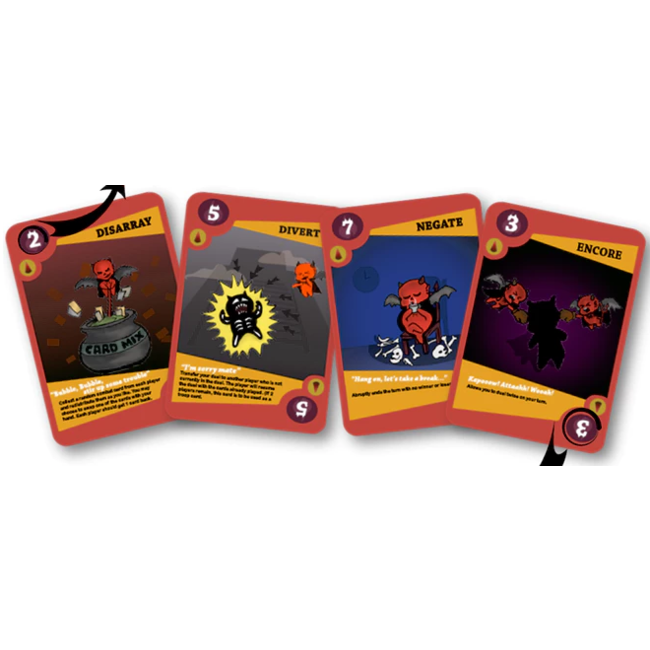 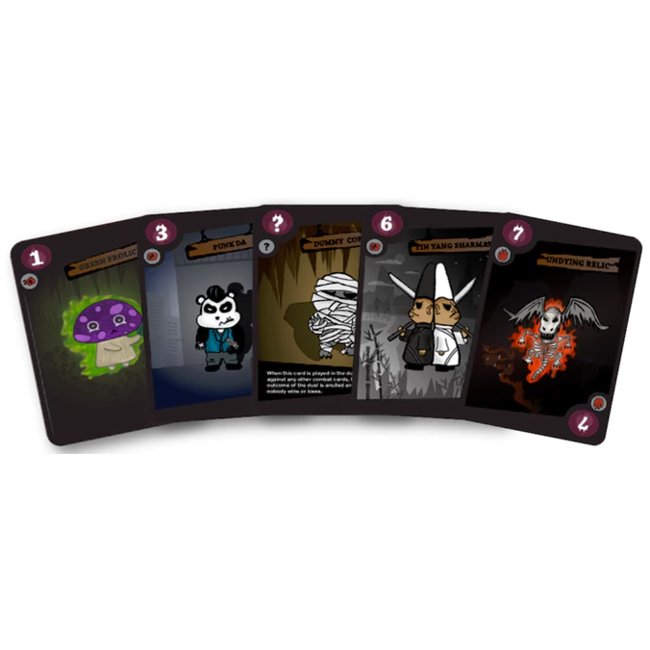 The faction with he most souls will be the ruling party of the underworld! Read more..

Demon Espionage is a fun, dynamic and easy to learn party game where players are randomly assigned either to the Rebel or the Shadow faction. Players will draft troops, acquire demonic spells to challenge or be challenged by other players in a series of epic duels. Victors of the duels are awarded souls as bounties.

As the prophecy foretold, the underworld's Overlord has been assassinated by the Rebels. The souls from the Overlord, which once granted him the power to rule over the underworld have been released into the Forgotten Land as a result of his sudden death.

There are two factions now in pursuit of the scattered souls; the Rebels, outlaw demons that plotted the assassination of the overlord, and the Shadows, loyal guards of the Overlord.

During the game, players will deduce their teammates, fend off challengers and win duels to stay alive in order to collect as many souls as possible. The faction with the most number of souls shall be the ultimate winner!

The goal is to collect souls by dueling against opponents or even your own teammates. When a faction has been eliminated, the total number of souls per faction will be tabulated and the faction with the most souls wins!

The faction with he most souls will be the ruling party of the underworld!