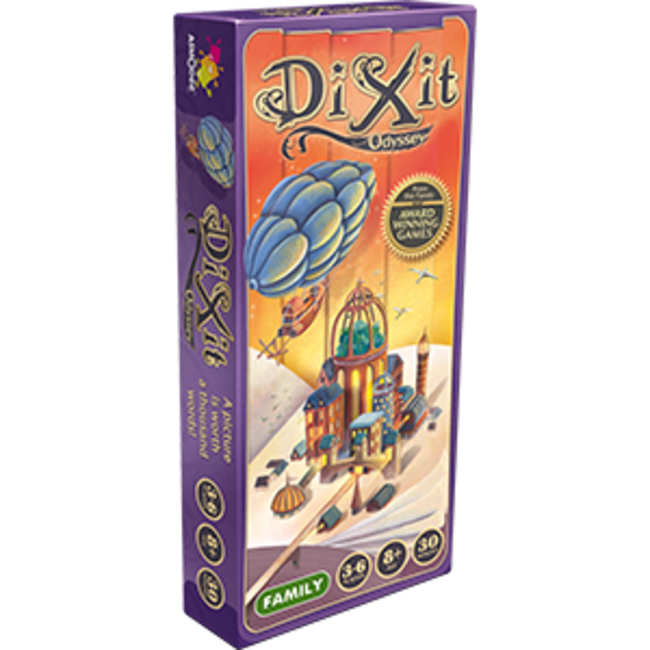 Dixit Odyssey contains 84 cards for use in any of the Dixit standalone games. These cards – with artwork drawn by Pierô and colored by Marie Cardouat (artist of Dixit and Dixit Quest) – were originally included in the Dixit: Odyssey standalone game released in 2011, but have since been repackaged as an expansion item that consists solely of cards and no other components.