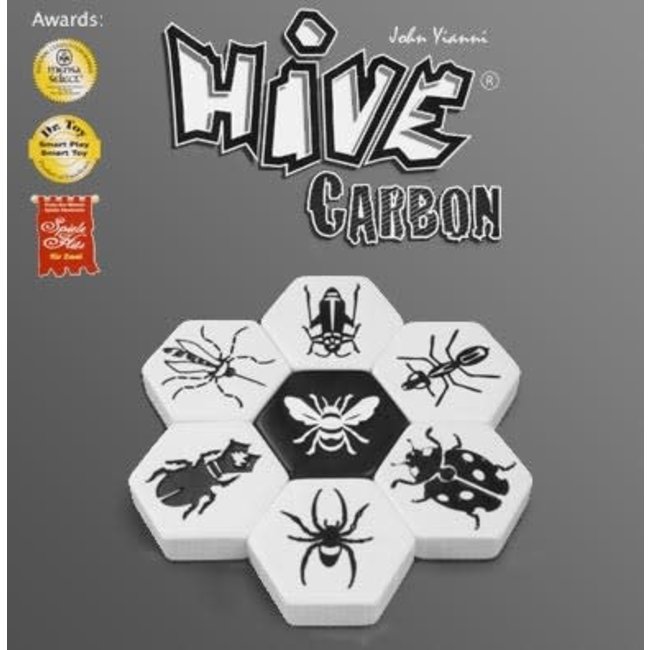 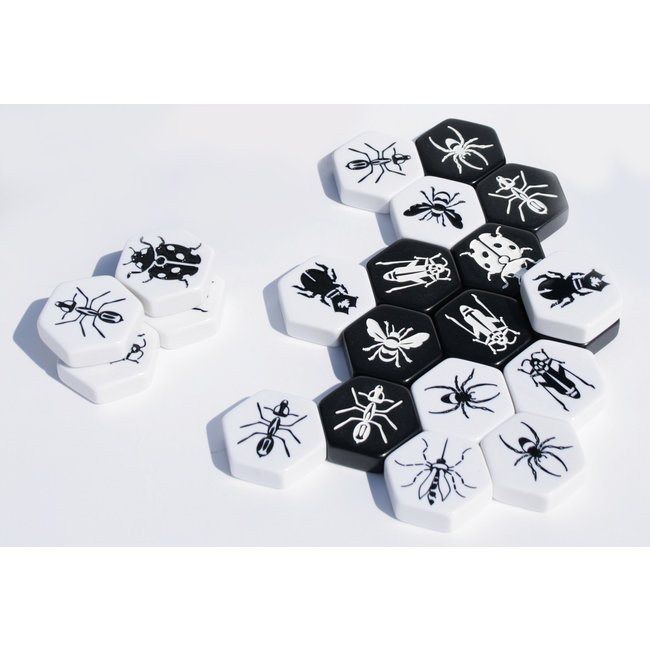 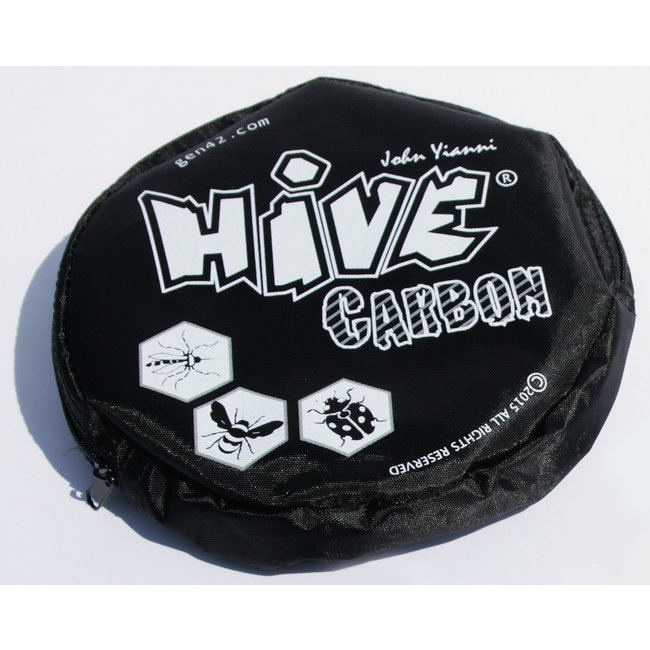 Use your insects to trap your opponent's Queen Bee in this board-less abstract game. Read more..

This game is still the same as Gen42's award-winning flagship Hive® game, but with a Carbon twist which is an alternative to the existing set of pieces for those who prefer a classic black and white colour scheme. Included with this edition will be the infamous mosquito piece and a very special ladybug piece.

Hive is an award-winning board game with a difference. There is no board. The pieces are added to the playing area thus creating the board. As more and more pieces are added the game becomes a fight to see who can be the first to capture the opposing Queen Bee.

The soldier ants battle to keep control of the outside of the hive, whilst the Beetles climb up to dominate the top. Spiders moving into holding positions as the Grass Hoppers jump in for the kill. Keeping one eye on the hive and the other on your opponents reserves, the tension builds as one wrong move will see your Queen Bee quickly engulfed; .... game over!

Use your insects to trap your opponent's Queen Bee in this board-less abstract game.