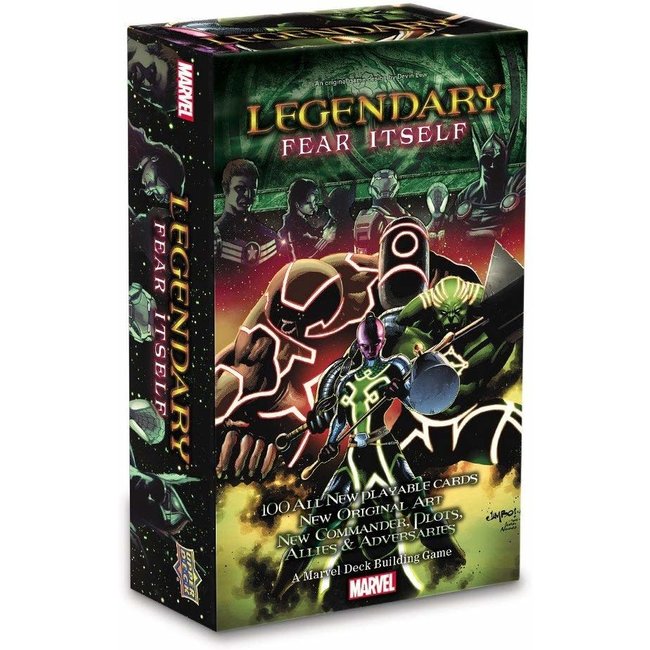 With the Legendary Villains: Fear Itself expansion for Legendary and Legendary: Villains, you can play through the "Fear Itself" storyline from Marvel Comics. This expansion consists of six new allies from The Worthy: Kuurth, Nul, Skirn, Nerkkod, Greithoth and Skadi; one new adversary group; one new commander; and three new plots.

Players can work both with and against other players to defeat Iron Man in his Uru Enchanted Armor as he leads the forces of The Mighty while laying waste to planet Earth!