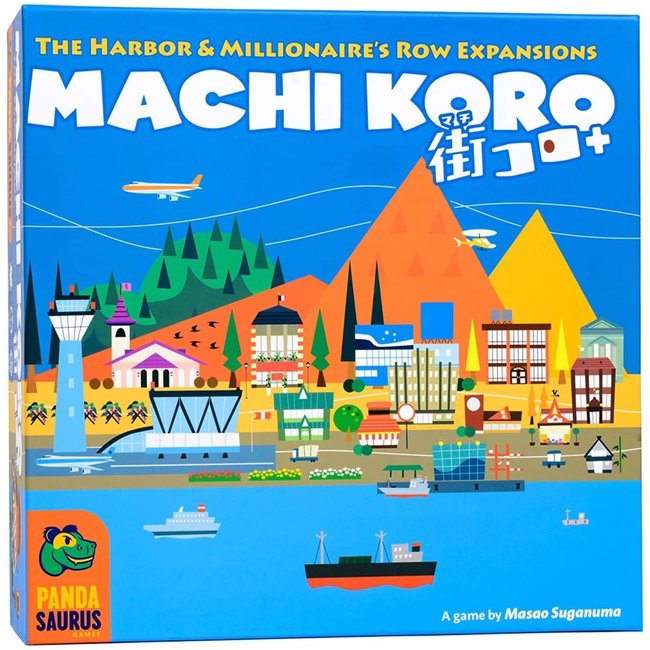 Welcome Back to Machi Koro!

Machi Koro: The Expansions brings both original expansion sets (Harbor Expansion and Millionaire's Row expansions) to Machi Koro 5th anniversary edition.  This means there is now room for 5 players, tons of new variety and establishments and new ways to play Machi Koro.  You can build harbors and sent fishing boats out from the city to earn extra income and supply the Sushi restaurant.   In Millionaire's Row the city of Machi Koro will put on the Ritz with fancy restaurants and members only clubs!