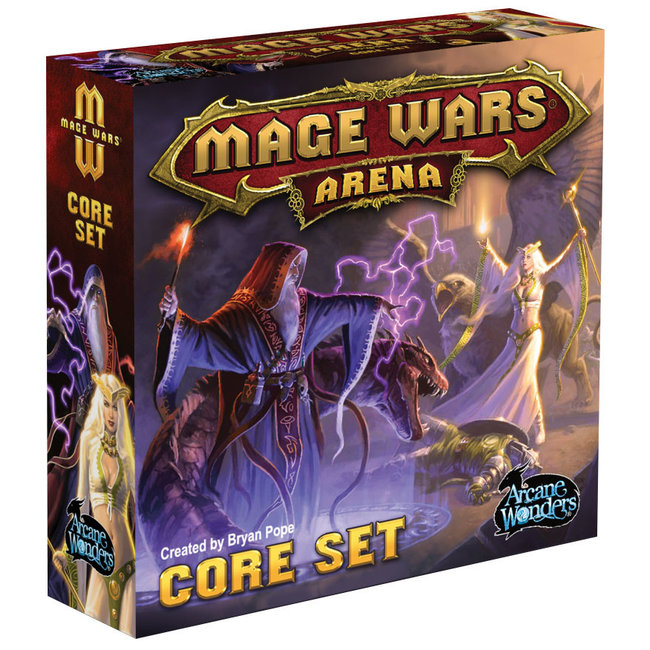 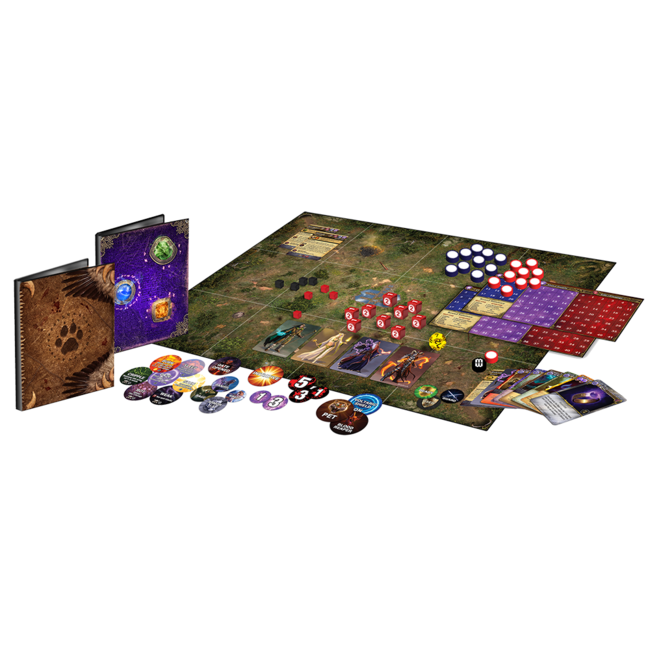 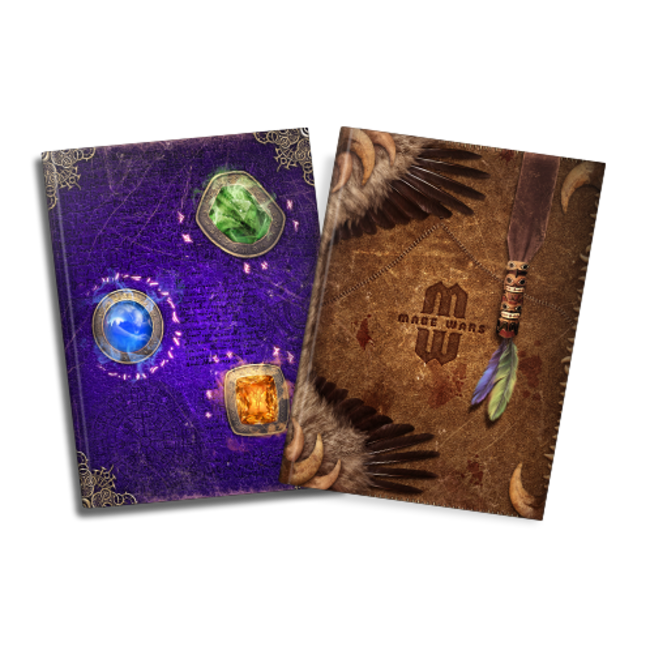 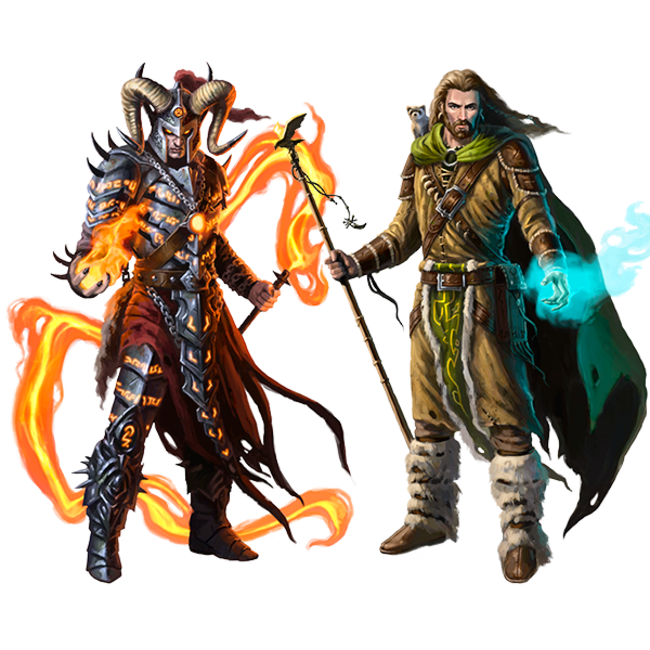 Mage Wars Arena is a tactical board game, a combination of a card game and miniatures game, combining the best elements from each genre. Read more..

Mage Wars Arena is a tactical board game, a combination of a card game and miniatures game, combining the best elements from each genre. The game is played on an arena game board divided into square areas called “zones”, which regulate movement and the placement of objects. Each Mage (player) starts in a corner of the arena, opposite his enemy. The base game comes with all you need to get started: spellbooks, extra spells to customize with the spellbooks, arena game board, dice, markers, etc. The game is NOT collectible, but is fully customizable!

Each player holds a spellbook, from which spell cards are pulled out as they are cast during the game. This has the feel of being a real Mage, turning the pages of your tome of magic, as you plan your strategy each turn. You have full access to cast any spell you want each turn, allowing for an unprecedented level of rich strategy and tactics. Many of these spells – such as creatures, equipment, and enchantments – are placed on the board and become objects in the game.

Every Mage comes from a different school of magic, each with unique spells and strategies:

Mage Wars Arena is a tactical board game, a combination of a card game and miniatures game, combini..