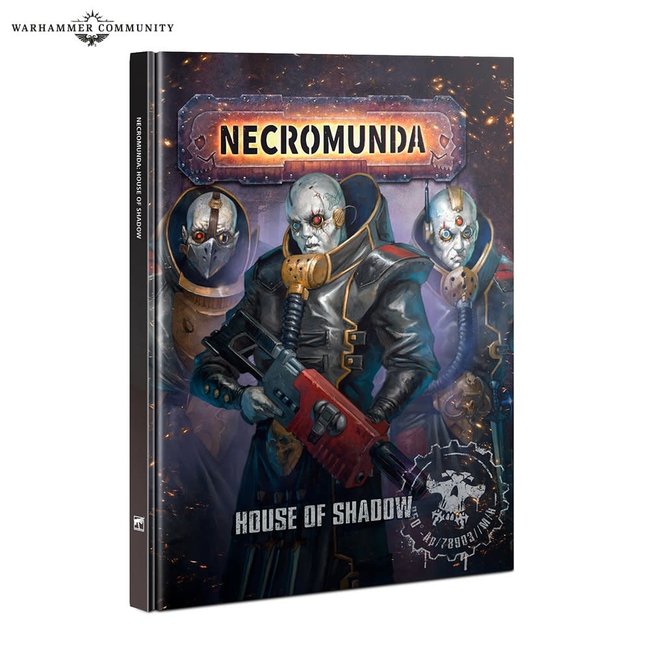 – House Delaque History and Background: An expansive and extensive background on the origins of House Delaque and how it went on to become the most secretive clan on Necromunda.

– Strong Alliances: Rules for forming alliances with three organisations that House Delaque has connections with, including the Iron Guild, Psi-Syndica, and House Ty – the Noble House that backs the House of Shadow.

– Weapon Reference Chart: A comprehensive weapons reference chart for all weapons and wargear available to House Delaque and their Allies.