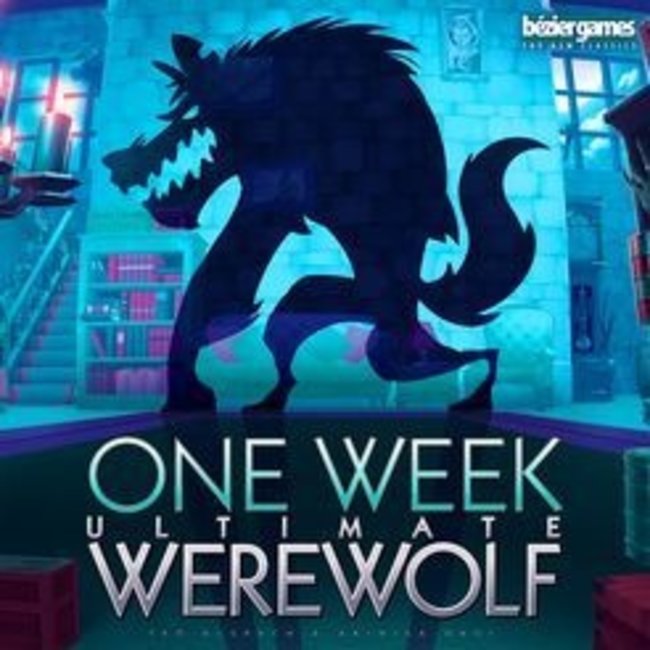 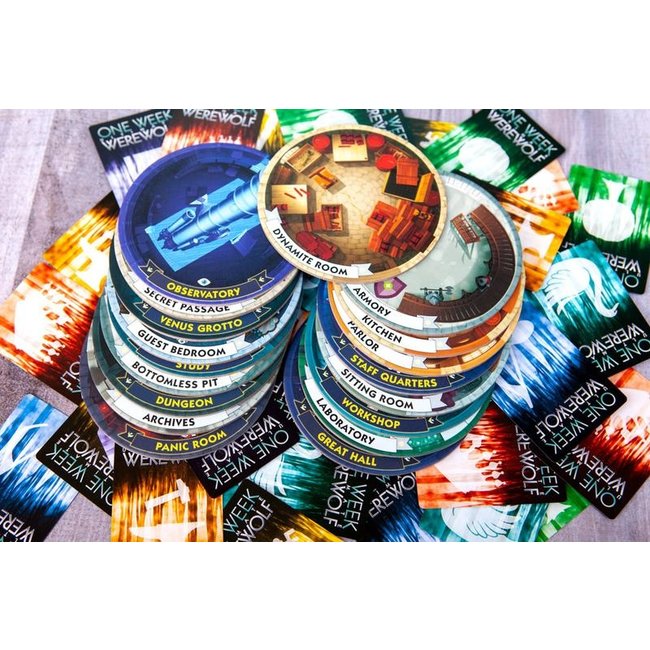 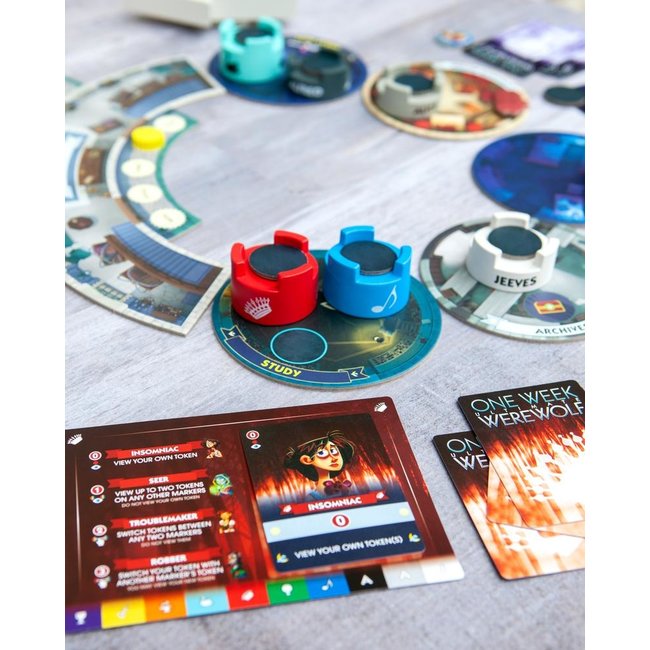 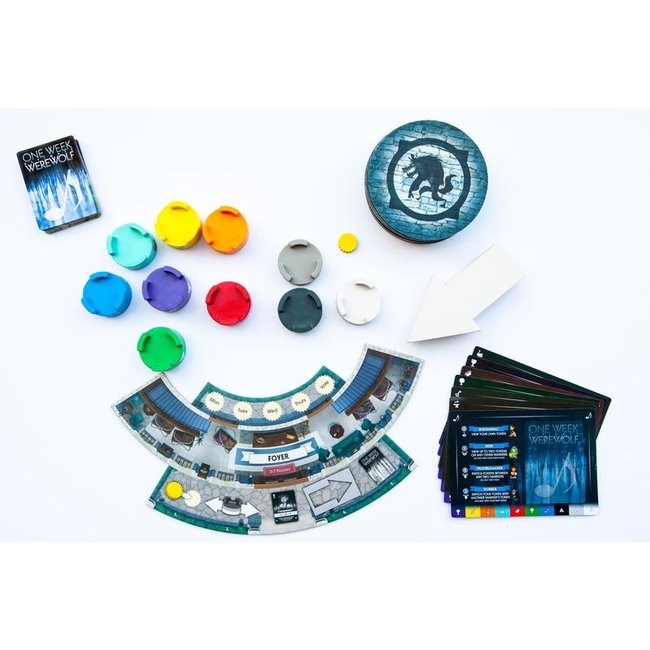 One Week Ultimate Werewolf takes the exciting gameplay of One Night Ultimate Werewolf and twists it up in a knot, with ever-increasing tension as you venture into the special rooms of Ludwig Castle. Read more..

One Week Ultimate Werewolf takes the exciting gameplay of One Night Ultimate Werewolf and twists it up in a knot, with ever-increasing tension as you venture into the special rooms of Ludwig Castle. Each room provides a special power, and those powers are the key to figuring out the mystery of who among you is a werewolf. Roles can be viewed and switched several times over before all is said and done, and then the final vote takes place.

As in One Night Ultimate Werewolf, your goal is to figure out the secret roles of your opponents as well as your own role by the end of the game. Each day you'll enter a different room with a unique ability, and each night you'll interact with the other players in that room. In addition to 3–7 players, three staff members roam the castle, and each of them also has a secret role. After a week's investigation (which should take about 45 minutes), it all comes down to a vote. If you're a werewolf, you're trying to remain undiscovered. If you're a villager, you're trying to find those sneaky werewolves. And if you're a Tanner, well, you're trying to get caught!

One Week Ultimate Werewolf comes with more than a dozen unique rooms. You play with just a few each game, making each game different.