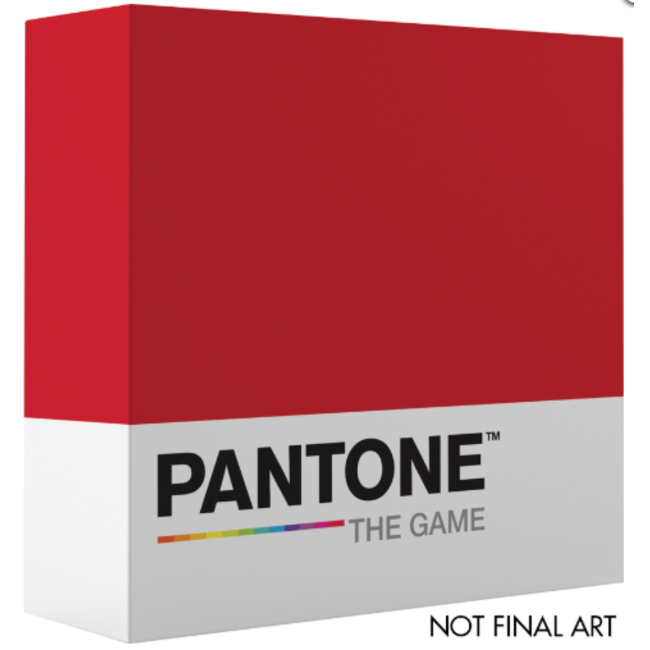 When we are children, there is a feeling of wonder and accomplishment that comes from visual recognition, being able to identify someone or something with just a look. PantoneTM: The Game recaptures this feeling in a competitive and fun game in which players try to recognize characters from pop culture who are represented only by abstract arrangements of colors. The colors are inspired by Pantone™, the world’s leading color expert.

When you are the Artist, you choose one of your Character Cards and design a representation of that Character using only color swatches. When one of the other players guesses your creation, you both score points! If no player can guess the Character during a round, a Hint is given at the start of the next round. Each Character Card lists four Hints, with each one reducing the number of points awarded to both the Artist and the player who guesses the Character. The winner is the player who has the most points after each player acts as the Artist three times.