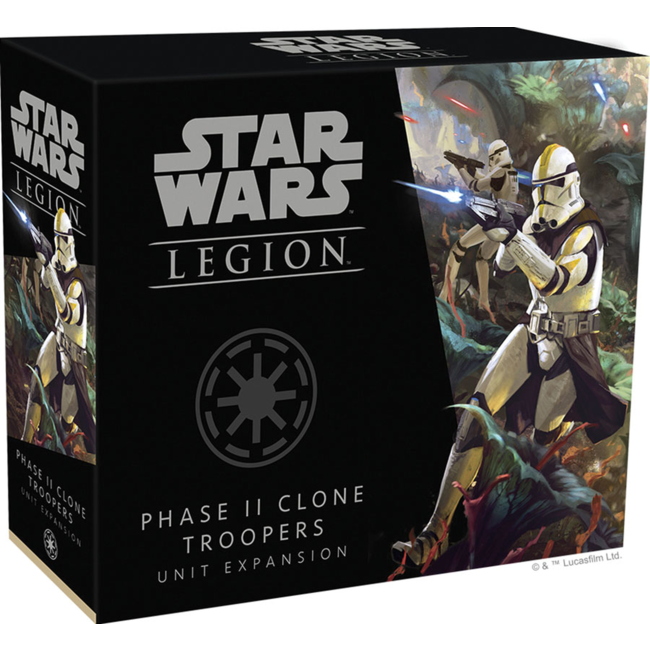 Dispatch an elite corp unit of Phase II Clone Troopers to the battles of the Clone Wars with seven new miniatures to add to your Star Wars: Legion collection! Read more..

Phase II clone trooper armor reflected one of the Republic's greatest technological successes and included advanced tactical gear that further augmented the clone troopers' individual strengths. Additionally, the clones wearing this armor were themselves better trained and more experienced than those first deployed at the start of the war.

Dispatch an elite corp unit of Phase II Clone Troopers to the battles of the Clone Wars with seven n..