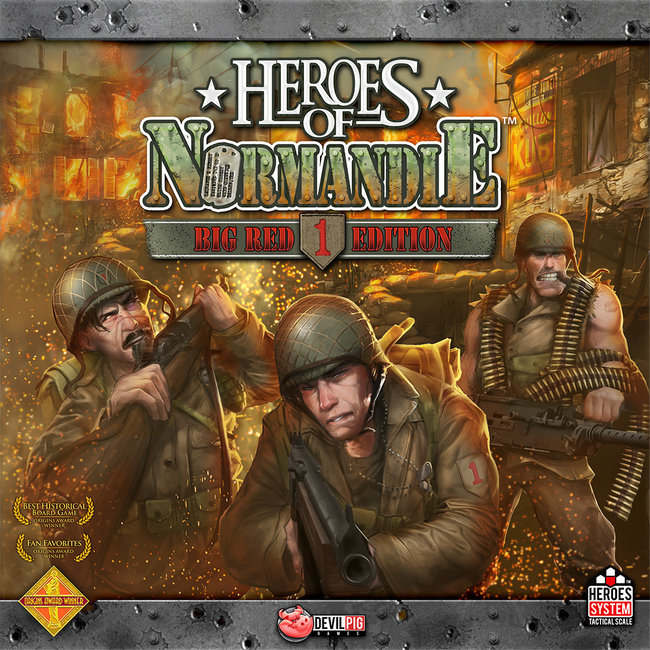 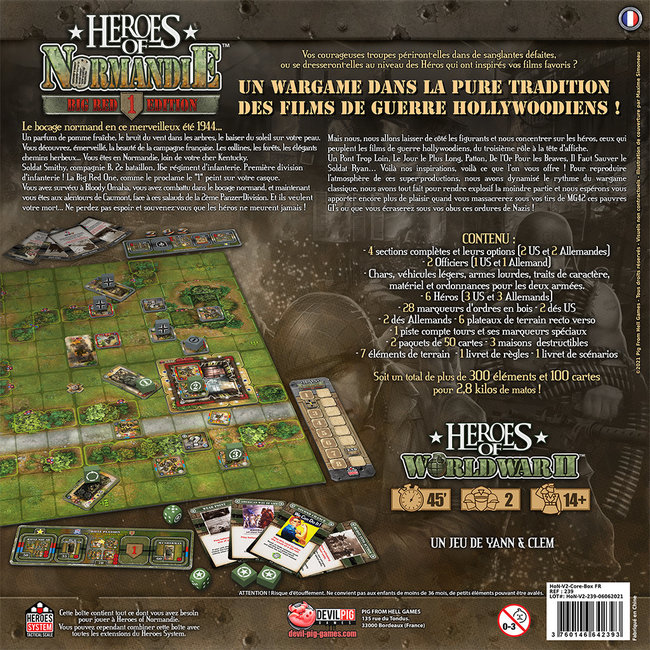 A miniatures game without miniatures, Heroes of Normandie is a fast-paced WW2 strategy wargame inspired by Hollywood war movies. A tactical scale board-game opposing two players and two armies, with the Germans on one side and the Americans on the other. Players use order tokens to determine initiative and to bluff. While a single six-sided die determines combat, action cards are played to spice things up. Secretly plan your attacks and outwit your opponent. Block the opposing strategy and surprise the enemies. Deploy your units and don't turn back!

A miniatures game without miniatures, Heroes of Normandie is a fast-paced WW2 strategy wargame inspi..