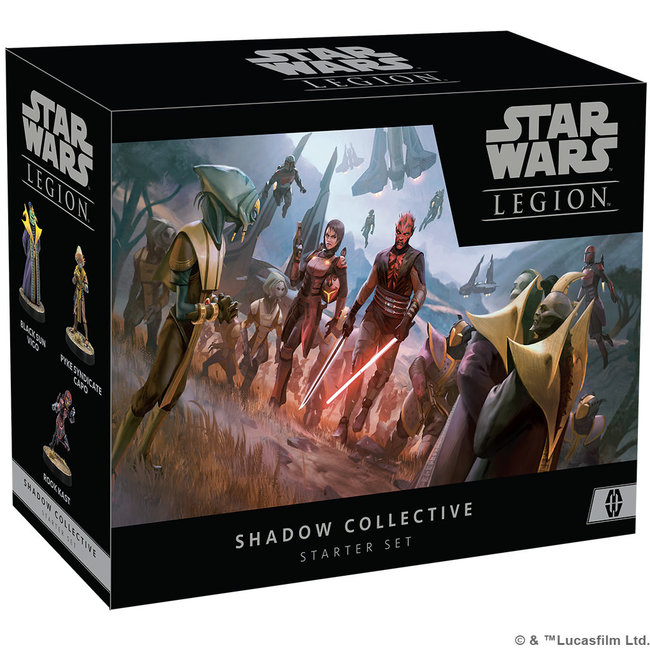 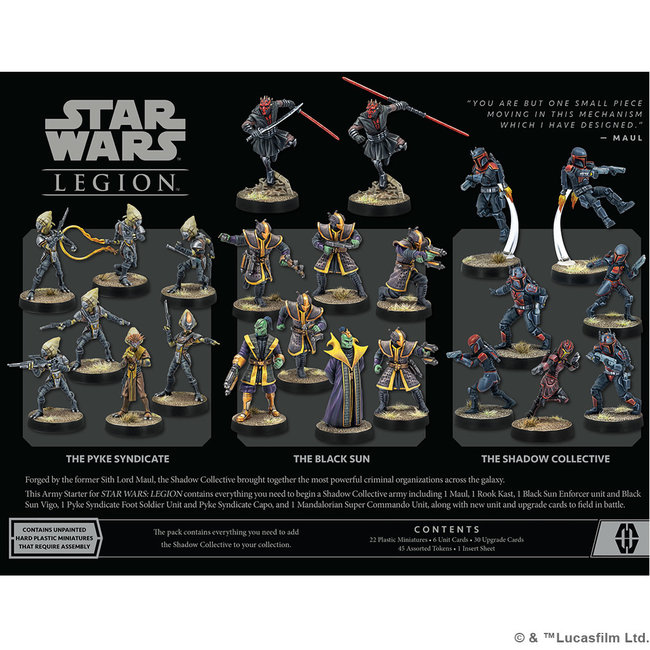 The galaxy’s seedy underbelly comes to Star Wars: Legion with the Shadow Collective Starter Set! This set introduces mercenaries to the game, inviting players to hire units from the notorious Black Sun and Pyke syndicates to join other faction’s armies. Alternatively, Maul himself can unite these disparate criminals under the banner of the Shadow Collective and lead them as a standalone force. Alongside his Mandalorian Super Commandos, they form a threat that could bring the galaxy to its knees.

Whichever path they choose, this set gives players plenty of new options for building their armies with 22 miniatures, including Maul, a unit of Shadow Collective Mandalorian Super Commandos, a unit of Black Sun Enforcers, and a unit of Pyke Syndicate Foot Soldiers. Additionally, players can further customize these forces with 30 upgrade cards that unlock heavy weapons, characters like Rook Kast, and more. Finally, this set also includes three command cards for use with the new mercenaries, three new command cards for Maul, and reprints of Maul’s three Separatist Alliance command cards.

*This is not a complete game experience.  This is an expansion.