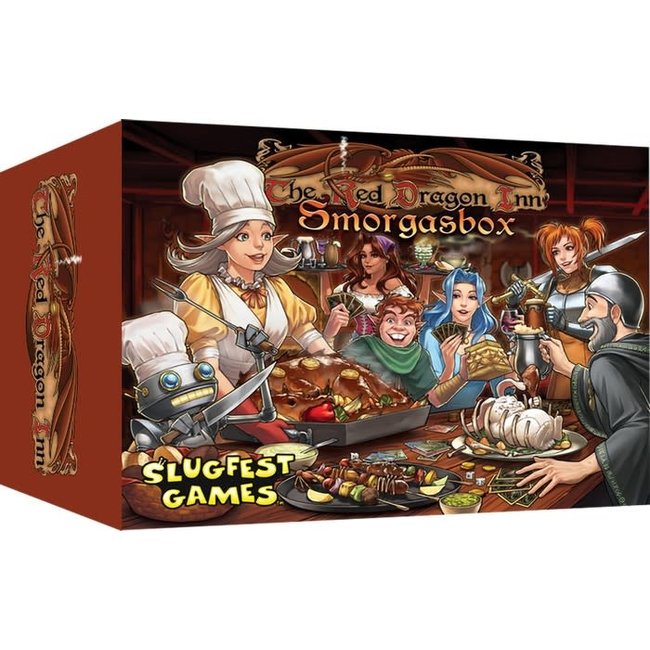 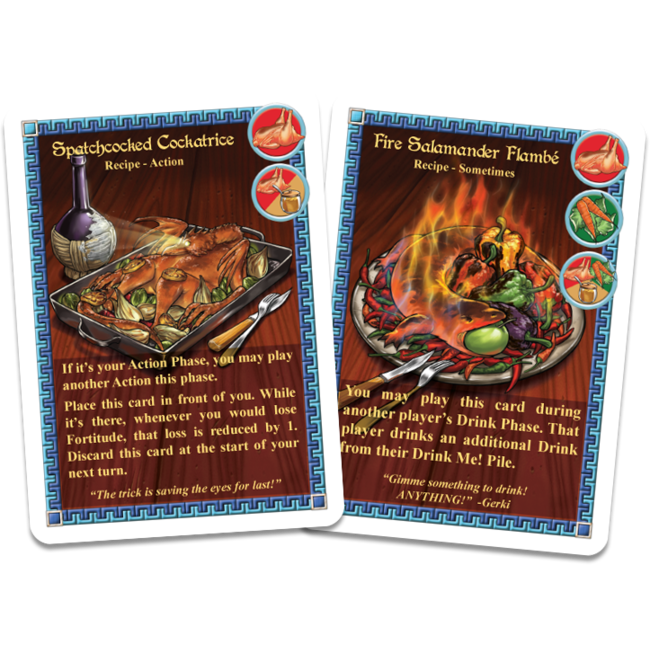 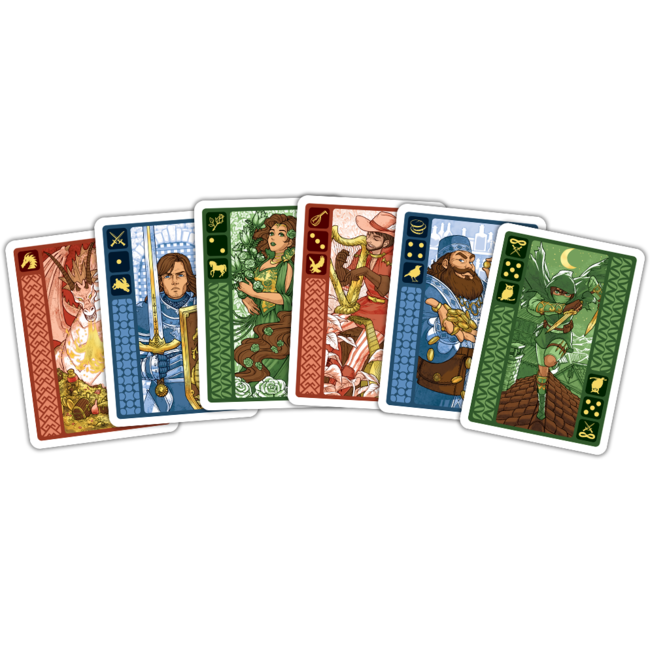 Have we got an expansion for you – a new Red Dragon Inn character, an accompanying Battle for Greyport character, a reboot of one of our classic games, new promo content, and even an overflow storage solution for those of you who need one. Presenting – The Red Dragon Inn Smorgasbox! This expansion is our way of saying “thank you” to all of our loyal fans, with a little something for everyone.

New Red Dragon Inn character: Roxana, Adventurous Chef is the head chef at The Red Dragon Inn. And she’s called an “adventurous chef” for two reasons. First, she is no stranger to experimentation in the kitchen, preparing such ambitious dishes as Spatchcocked Cockatrice and Fire Salamander Flambé. Second, she knows how to hold her own in a tavern full of adventurers, where things can get rather dangerous at a moment’s notice!

As Roxana plays cards, she gathers ingredients that she can use to cook powerful recipes, adding them to her hand. And after she plays a recipe, it stays in her deck, so she may be able to play them again before the game ends!