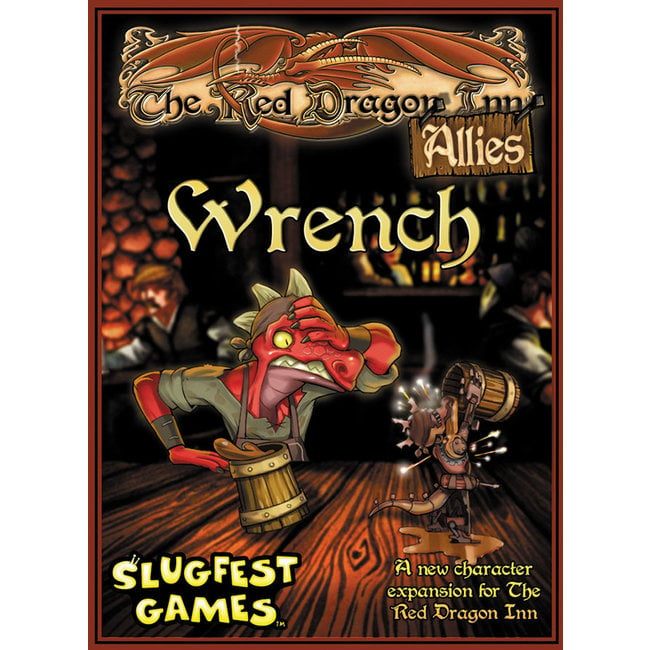 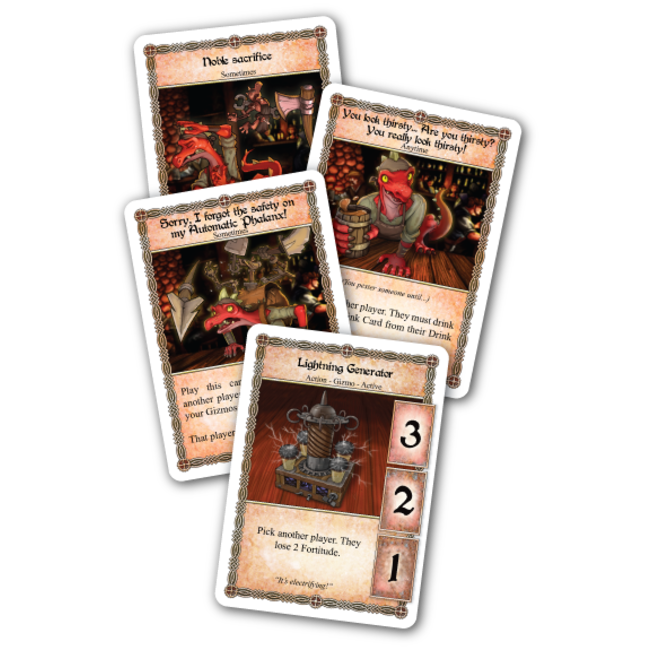 The Red Dragon Inn: Allies – Wrench expands the party at the Red Dragon Inn with an ingenious kobold whose gizmo cards stick around to help him out on later turns! Those gizmos will gradually break down, though, and the other players at the table can cause them to break down even faster!