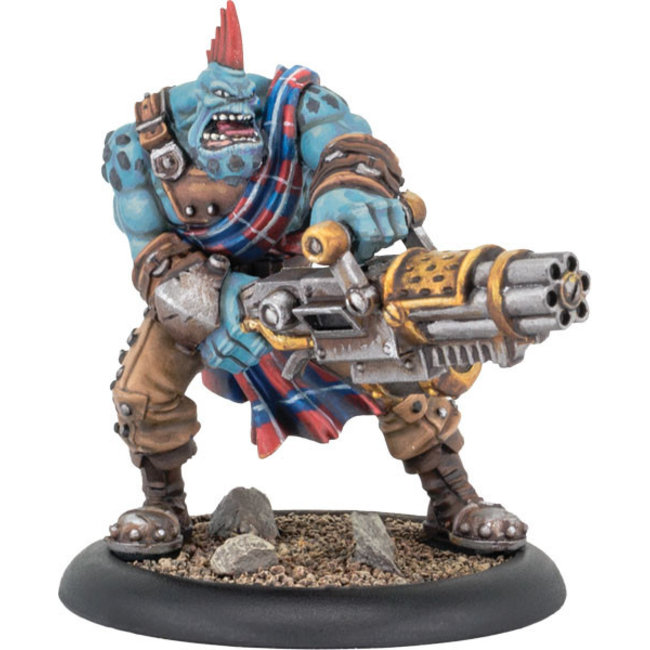 Once the leader of the infamous mercenary band, Boomhowler & Co., Greygore Boomhowler struck out as a solo act - no, like he actually struck out - until he found an instrument that truly spoke to him: a chain gun!

Boomhowler is a Gunner class hero with great support options and strong ranged damage. In addition to being capable of making two ranged attacks a turn instead of the normal one, Boomhowler also boosts the attack stats of other heroes in your Crew near him.

Hero model inside is fully compatible with Warmachine and Hordes miniatures games.