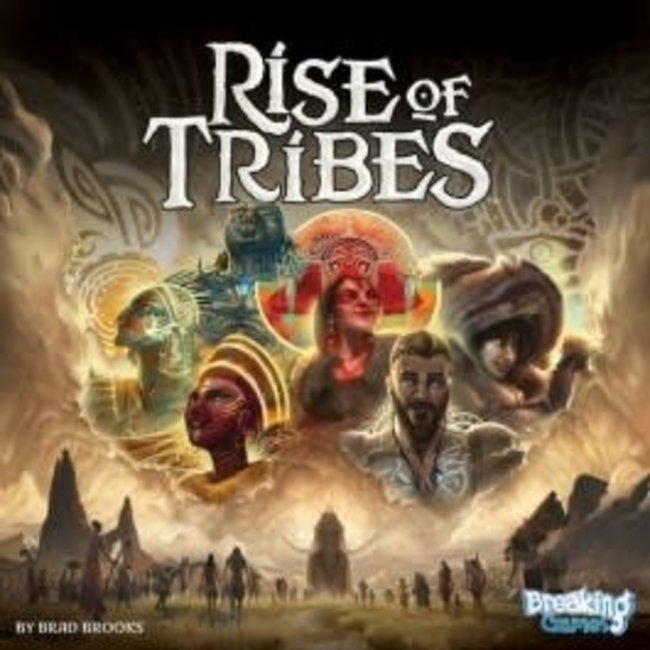 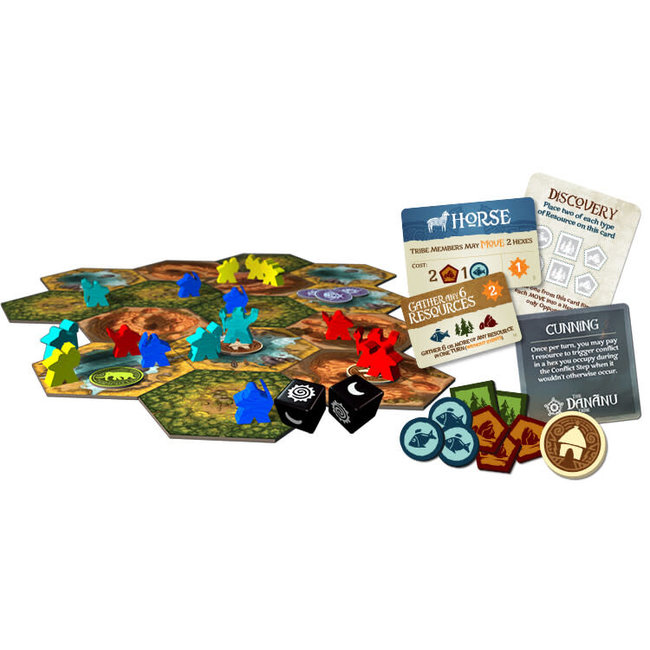 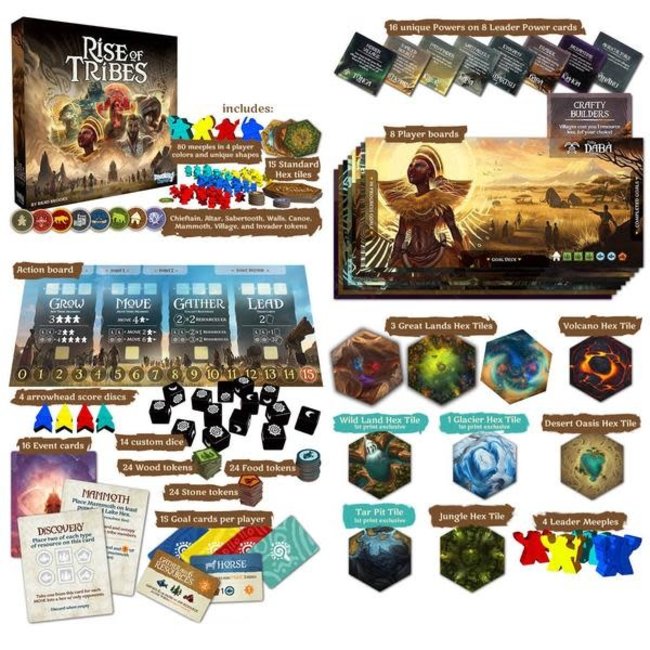 In the Rise of Tribes game, players control a tribal faction in prehistoric times looking to GROW, MOVE, GATHER, and LEAD their people. The game board is modular, composed of hexes in various terrain types. Each hex has a population limit. Players manage the number of tribe members they place on any one hex to either trigger or avoid conflict.

Each turn the active player rolls two dice, then selects two of the four actions to take - GROW, MOVE, GATHER, and/or LEAD. Each action is resolved one action at a time. The power of each action taken depends on the die roll plus the last couple of dice placed onto the action board on the selected action by other players. Once both actions are taken, the active player resolves any Conflicts. The final step of each turn is the time to build villages and complete goal cards.

Victory in the Rise of Tribes board game is possible in two ways: gathering resources to build villages and/or completing development / achievement goal cards for your civilization. Villages (limited to 1 per hex) score 1 point for the tribe that built them at the start of that tribe's turn. Goal cards will score points immediately when completed. The tribe to score 15 points first wins.

Lead the Dawn of Civilization!