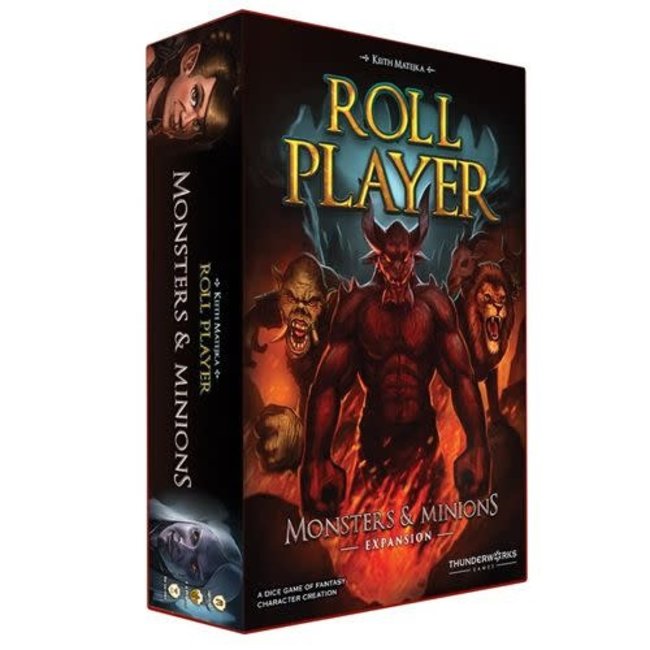 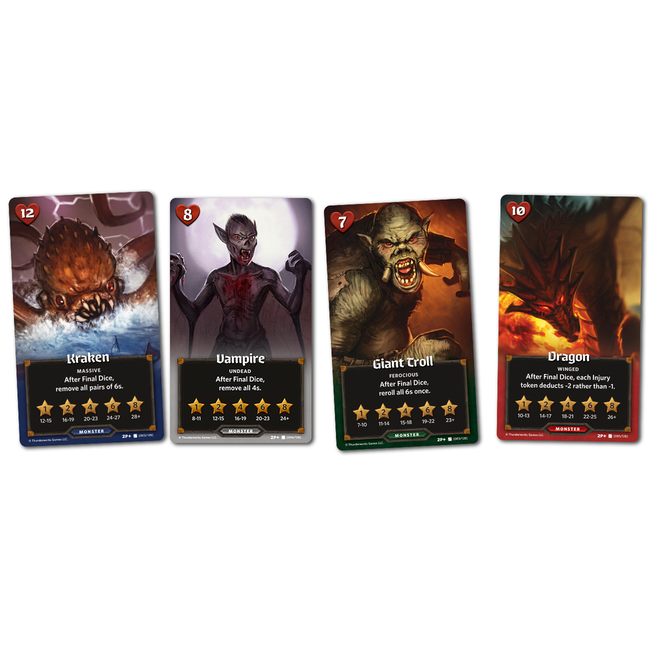 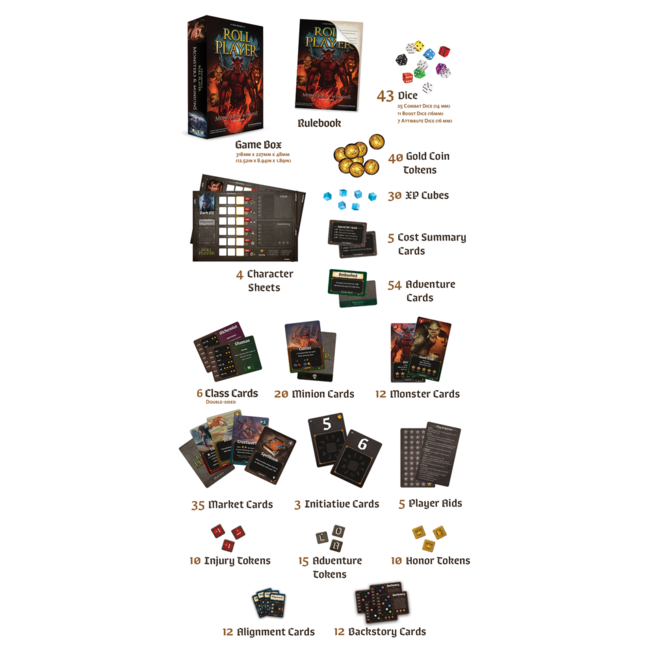 In Roll Player: Monsters & Minions, not only do players compete to construct the greatest fantasy characters, they must also gather information about the monstrous threat looming, and prepare for a final showdown against the beast. The more prepared the adventurers are for the battle, the better they'll do, but that information doesn't come for free. Listen for rumors to gather details for the fight ahead. Where is its lair? What obstacles will there be along the way? What will its next strike be? Players earn Reputation Stars by constructing the perfect character, as well as driving back the evil of the monster and its minions. The player with the greatest Reputation wins the game and becomes the heir to the kingdom!

Requires a copy of Roll Player.