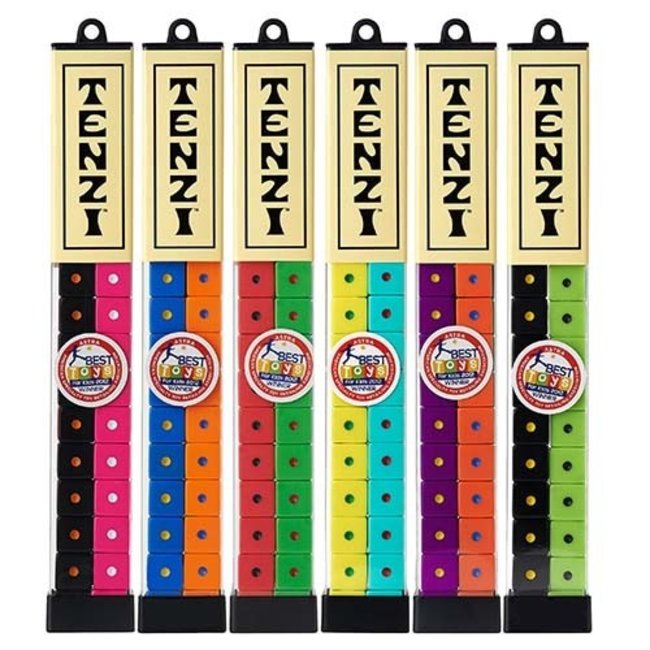 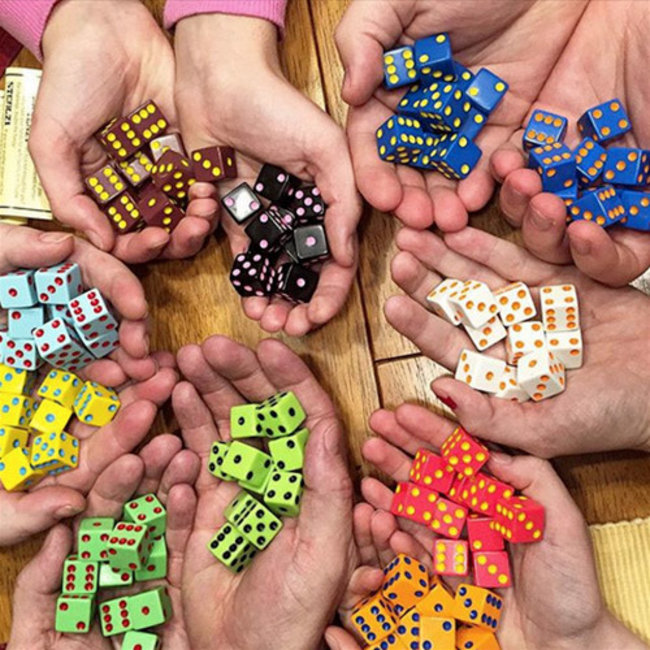 The world’s fastest game! Everyone gets ten dice. Someone says, “Go.” Then everyone rolls and rolls as fast as they can until someone gets all their dice on the same number and shouts “TENZI.” Lots of different ways to play. A fun fast frenzy for the whole family!

4 Sets of dice per game.  Colors may vary.

Great fun for all ages.

TENZI TOWER: Instead of putting your successfully rolled dice aside, stack them one on top of the other. First player to get all ten of their dice stacked and shout “TENZI” wins!

TEAM TENZI: Join forces and play in teams! Get all your team’s dice on one number. Or play this way – each team member goes for a different number!

MEGA TENZI: Ten dice not enough for you? You’ll really have your hands full with twenty dice! Double the challenge, double the frenzy!

STEALZI: If you see another player roll the number you’re going for, steal those dice and give the player an equal number of your dice. No stealing on the first roll of the game, or from any player going for the same number as you!

TARGET TENZI: All players declare which number they’re going for before the first roll. Or, decide on one number that everyone has to go for!