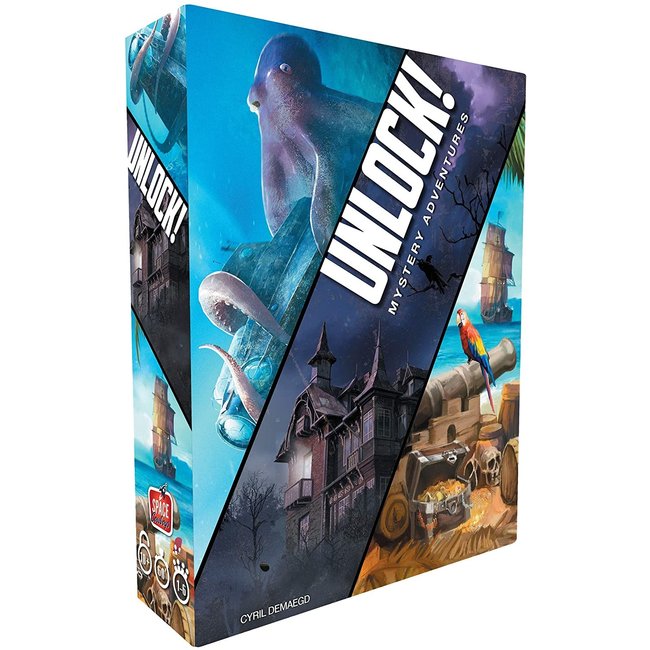 Unlock! is a cooperative card game inspired by escape rooms that uses a simple system which allows you to search scenes, combine objects, and solve riddles. Play Unlock! to embark on great adventures, while seated at a table using only cards and a companion app that can provide clues, check codes, monitor time remaining, etc.

Unlock! Mystery Adventures features three "escape room" scenarios that you can play on your tabletop:

Note: Unlock! requires a free application to be downloaded from the App Store or Google Play. Once downloaded, an internet connection is not required during game play.

Unlock! Mystery Adventures features three "escape room" scenarios that you can play on your tableto..