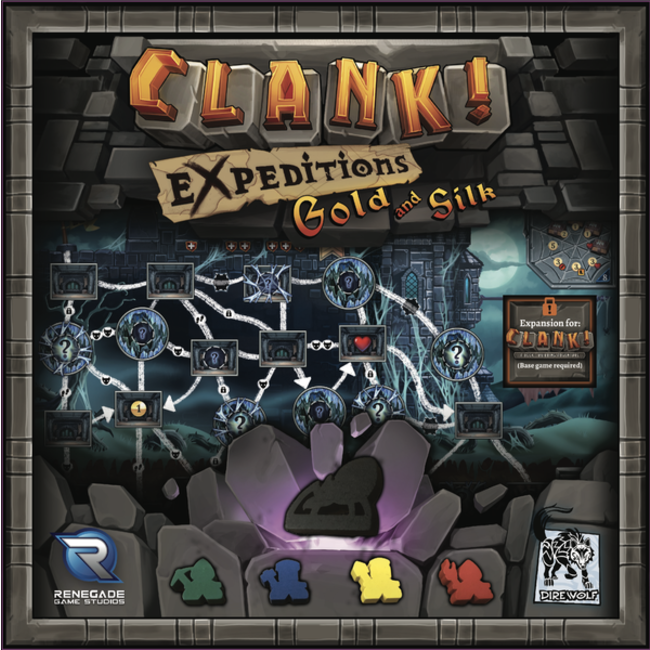 Adds two boards to Clank: one with dwarf gold and one with spider webs! Read more..

If you have an insatiable thirst for plunder, Clank! Expeditions: Gold and Silk is for you: a series of boards to continue your deck-building adventures.

This first expedition begins in a mine abandoned by the Ruin Dwarven Mining Company (Ruin DMC) when it became infested with monsters. But it still holds plenty of fold for those daring enough to enter.

This expansion requires Clank! A Deck-Building Adventure to play. 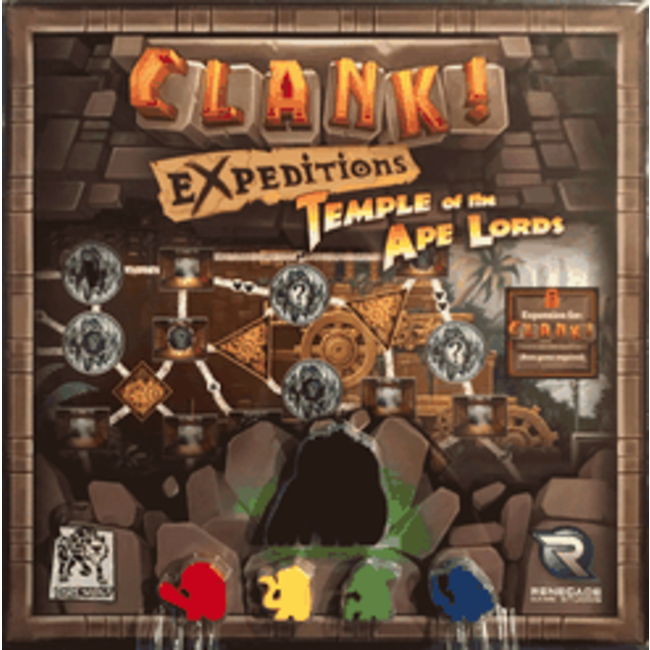 This expedition takes you deep into the jungle, where the fabled Temple of the A..
$24.99 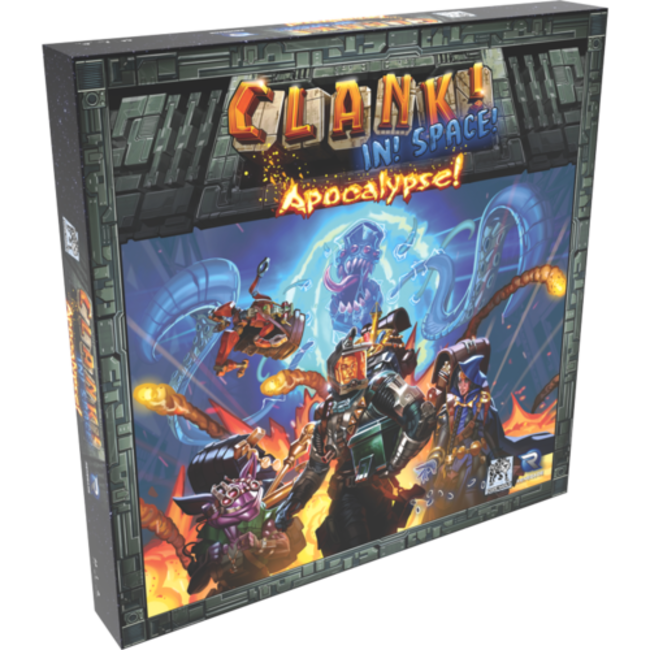 The deck-building adventure of Clank! In! Space! continues.
$34.99 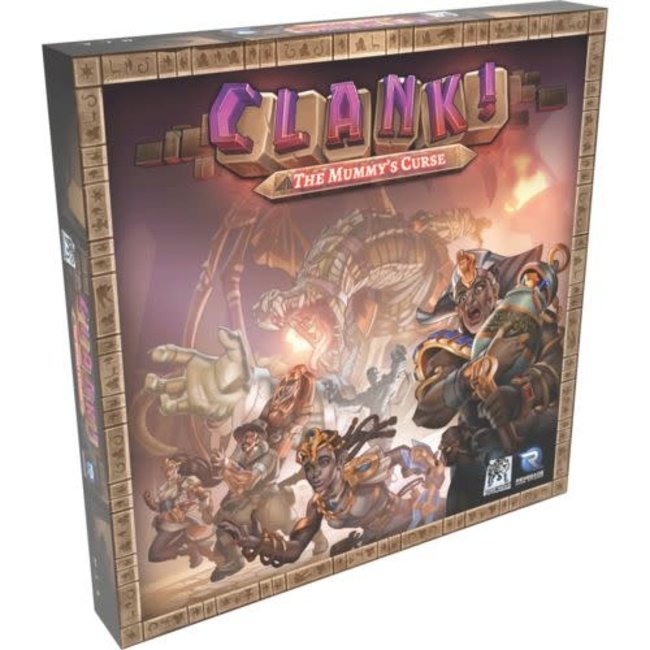 Will you avoid the Mummy or defeat him to avoid the curse?
$34.99

Adds two boards to Clank: one with dwarf gold and one with spider webs!